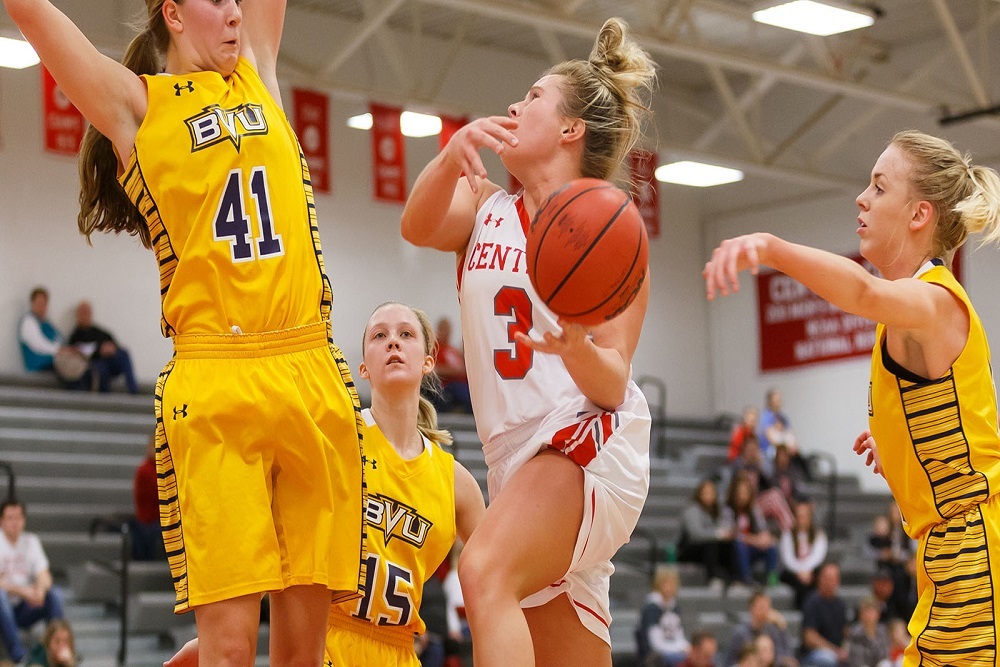 "It was really good to get Jess going from three," said coach Joe Steinkamp. "She did a nice job attacking in the first quarter and kept us in the game."

"Buena Vista did a nice job on the glass tonight," said Steinkamp. "We battled hard and played hard but we are still looking to play 40 minutes of good basketball."

Senior shooting guard Emily Dine (Oldsmar, Fla., East Lake HS) had 11 points, including 3-of-8 from beyond the arc, grabbed six rebounds and dished out five assists.

"It was nice to see her get some shots to fall tonight," said Steinkamp. "She was able to knock down some threes and did a nice job finding teammates."

Central outshot Buena Vista 35.8 percent to 31.8 and controlled the glass 47-39. The Dutch however were turned over 24 times compared to the Beavers 7. Buena Vista capitalized for 18 points off turnovers and had 32 points in the paint.

The Dutch return to P.H. Kuyper Gymnasium Wednesday night for a women's-men's doubleheader against Loras College with the women beginning at 6 p.m. The Duhawks won the first matchup 70-59 January 15 in Dubuque. Loras enters the contest 12-8 overall and 4-7 in Iowa Conference play after a 69-64 home loss to Coe College Saturday.