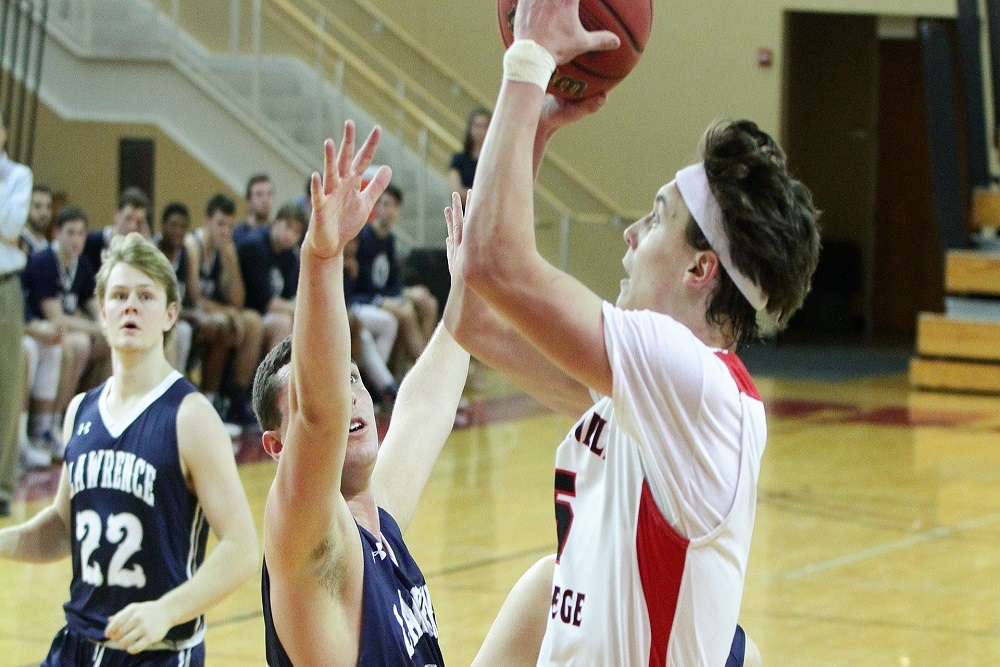 Curta erupted for 40 points with the aid of 16-of-17 accuracy from the free throw line to put him at 1,592 points for his career. That sent him past both Dennis Blyly and Julian Marx.

Curta has now made 222 free throws this season, easily the Midwest Conference record and 27 shy of the NCAA Division III mark of 249.

Curta also hit 4-of-10 shots from 3-point land in the game and had three assists, as did Hannes Kogelnik '21.

Ky-Sean Johnson '19 added 17 points for the Pioneers, who had a season-high eight blocks as a team. Will Dubow '21 and Ikaika Phillip '18 had career-highs of four and two blocks, respectively.

The teams went back and forth for a long stretch with Grinnell taking its final lead of 43-42 on Curta's free throw with 1:28 left in the half. Knox closed out the frame with a 6-2 run to lead 48-45.

Curta's jumper to start the second half brought the Pioneers within one, but Knox answered with a six-point run. Grinnell could get no closer than six the rest of the way.