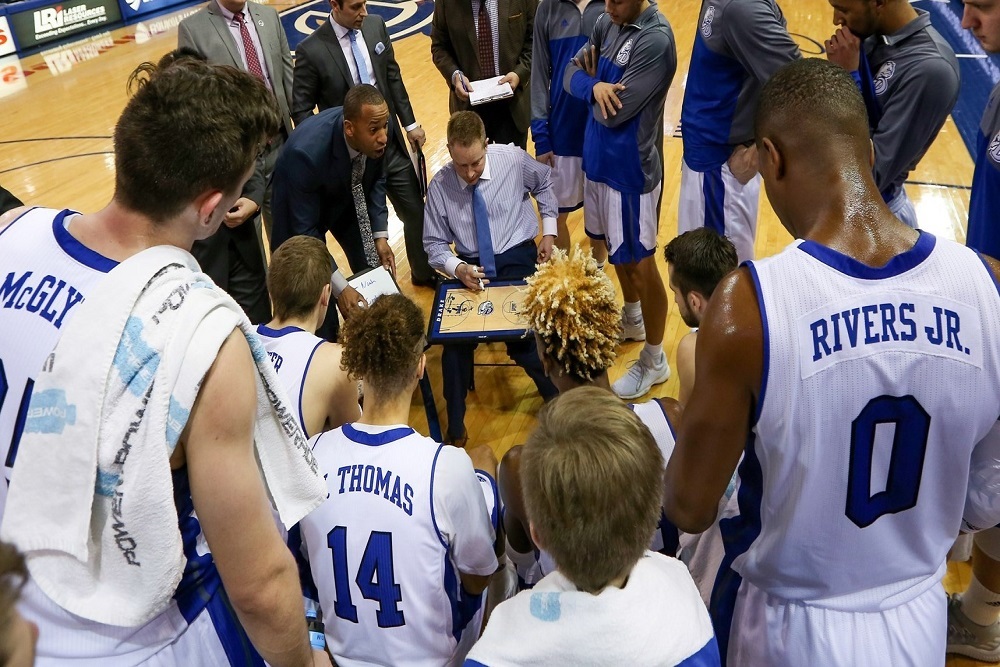 The Drake University men's basketball team returns to its home court Saturday to host in-state MVC rival UNI. Tipoff between the Bulldogs and Panthers is set for 3 p.m. on MVC TV affiliates, including Fox Sports Midwest in Iowa.

Saturday will also be a whiteout at the Knapp Center with fans encouraged to wear white and white t-shirts given out while supplies last. The men's basketball team will also be honoring former players as part of its Legends Weekend with former Bulldog players joining the team throughout the weekend's events. Members of the historic 2007-08 team will also be present and honored on the 10th anniversary of the MVC championship season and NCAA appearance.

The Bulldogs and Panthers meet with Drake looking for its first win in the series since the 2013-14 after UNI took the first meeting this season, 68-54, in Cedar Falls.

However, the Bulldogs are 8-2 at the Knapp Center this season and averaging a stout 77.3 points per game on their home court. UNI averages 64.8 points per game after defeating Bradley, 74-65, Wednesday evening to improve to 4-9 in the MVC. Drake is 7-6 in the MVC standings with the seven wins already standing as the program's most in the last five seasons.

In the Bulldogs' last outing, a 72-57 loss at MVC leader Loyola, both Reed Timmer (New Berlin, Wis.) and Nick McGlynn (Stoughton, Wis.) each had 16 points. McGlynn is averaging 13.9 points and 6.2 rebounds against MVC competition and has scored 30 total points in the last two games. Meanwhile, Timmer continues to add to his lead as the program's top scorer and now has 1,828 career points, the 15th most by an active Division I player and the 29th most ever by an MVC player.