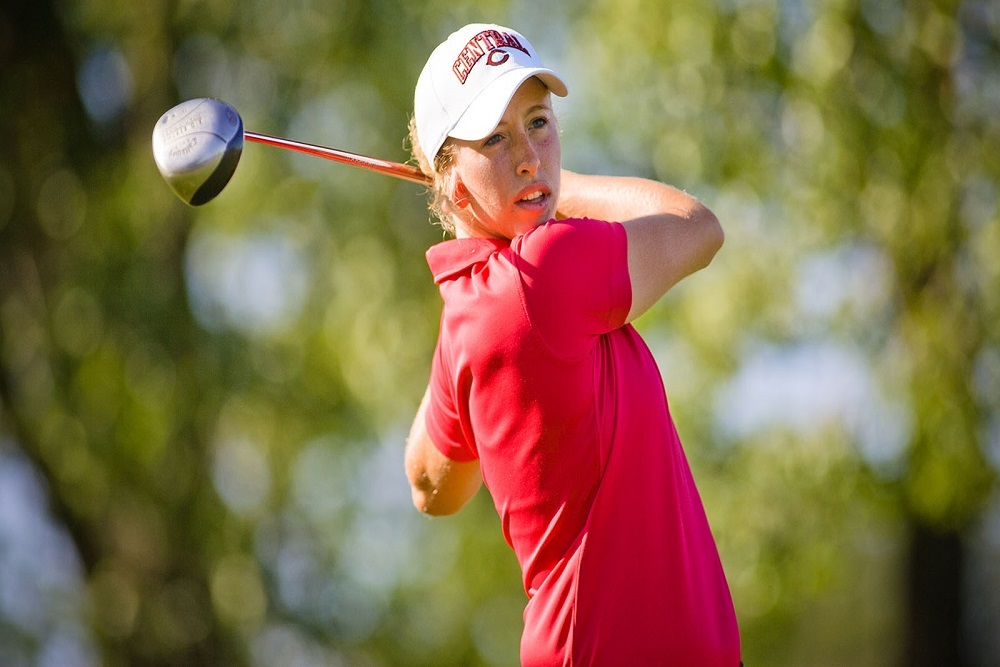 Sarah Paulson, the most decorated player on the Central College women's golf team under Coach Tim Wilkinson, has returned to the program as a volunteer assistant under her old coach.

Paulson twice finished in the top-10 at the NCAA Division III Championships, including tying for second as a senior in 2012. She played 23 rounds during the 2011-12 season and had a 78.8 stroke average. She was a three-time Iowa Conference champion and was a National Golf Coaches Association All-American in 2009 and 2012.

"We're excited to have a former player of her caliber helping out this spring," Wilkinson said. "Her experience and success at the national level is certainly a unique quality."

"We're going to give her as many opportunities to develop as a coach as we can," Wilkinson said. "I'm excited to have her around the team, not just as a player or as a coach, but as a person.

Paulson graduated from Central with a degree in Spanish and a teaching endorsement. She was a middle school religion teacher at St. Augustine Preparatory School in Managua, Nicaragua from July 2016 to June 2017. She also spent the 2012-13 academic year as a teacher at Ottumwa High School.

The first action of the spring for the Dutch women will be on the team's spring break trip to Orlando, Florida. Central will face Wartburg College in a match play exhibition on March 7.