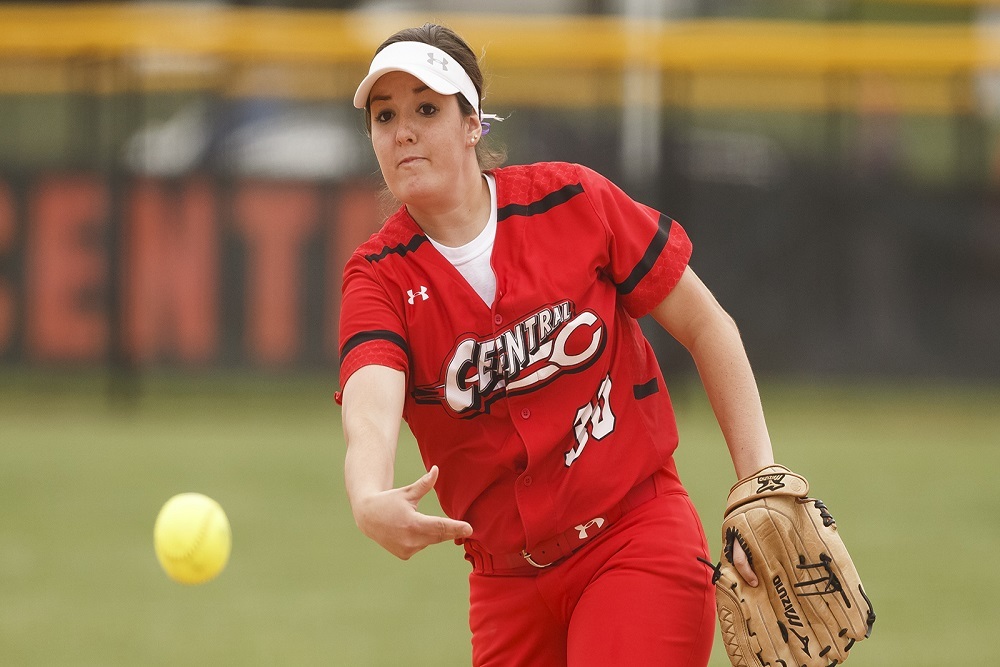 A national champion as both a player and a coach, Marcy Roff has returned to the Central College softball staff as pitching coach. She previously served in that role for three seasons (2001-03).

Roff replaces veteran coach Gary Grimes, who was Central's pitching coach from 2010-17. A former pitching coach at Drake University and Grand View University as well as the head coach at Colfax High School for two seasons, Grimes is continuing to assist at Central as a volunteer.

Part of the NFCA Division III coaching staff of the year at Central in 2003, Roff coached a pair of all-American pitchers who helped lead the Dutch to the NCAA Division III title that year.

Roff was head coach at Dana College (Neb.) from 2004-10, turning the program into a contender and compiling a 203-141 record. A two-time Great Plains Athletic Conference coach of the year, Roff piloted Dana to a league title in 2006 and an NAIA national tourney berth in 2008.

"Marcy loves softball and she understands the Iowa Conference," coach George Wares said. "She played for some really good teams at Simpson, did a great job when she worked with our pitchers in helping us win a national championship and then became an outstanding head coach.

"She engages well with the pitchers and is able to articulate things to them clearly. The pitchers really enjoy being with her and we're happy to have her."

She and her husband, Tom, have two sons.

Wares also praised Grimes, whose Central connections began when his daughter, Emily, was an all-America pitcher and two-time national champion for the Dutch in the 1990s.

"Gary's given a lot," Wares said. "We'll continue to try to utilize him in any way we can and any way he wants to help. He's as loyal as they come. He's driving every day from Newton at 5 a.m. in the preseason and schools could be cancelling because of snow but he's at practice because he says that's what he's committed to doing. I really appreciate everything he's done and will continue to do."