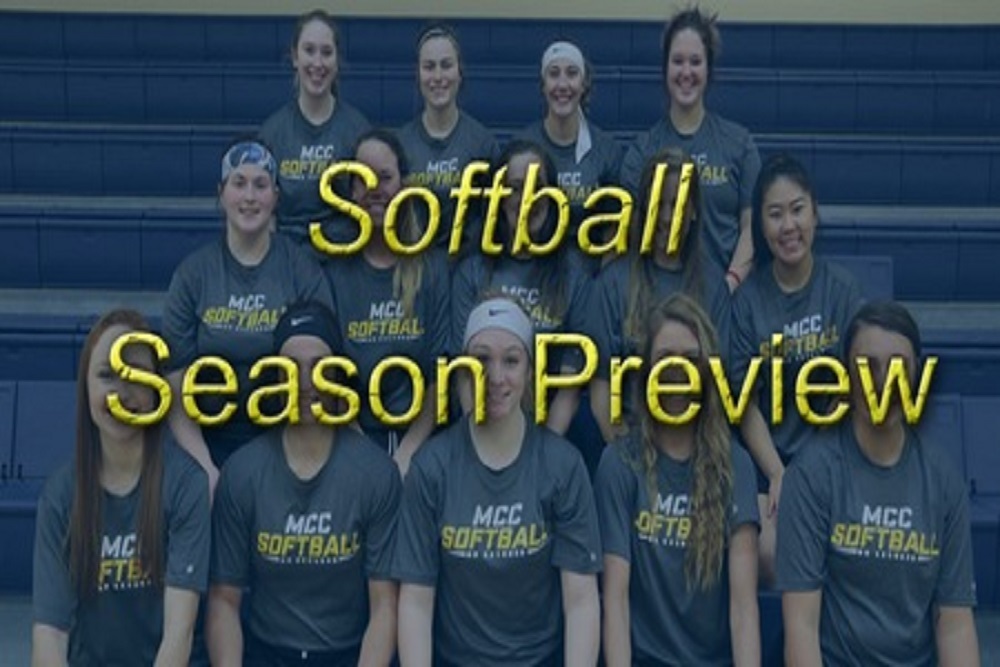 The Marshalltown Community College (MCC) softball season is coming fast as some Iowa Community College Athletic Conference (ICCAC) teams have already played a handful of games. The Tigers first date is on March 3 when they host the Reivers of Iowa Western Community College. With the season fast approaching, we take a look at the 2018 team and what to expect from the Tigers this season.

The 2017 Tigers finished the season with a 23-19 record while going 3-9 in the ICCAC. Last season saw the Tigers score 275 runs in their 42 game schedule. With a team batting average of.349 and a.409 on base percentage, the 2018 squad plans to see steady improvement at the plate. With five players returning to this year's squad, including last year's ICCAC Offensive Player of the Year and Second Team All-American Shaena Robinson, the Tigers could make some noise this season.

Shaena Robinson had a terrific freshman season for the Tigers, hitting 16 homeruns, 49 RBI's, and recorded a.971 slugging percentage with her 138 at bats. The Second Team All-American has high hopes for her sophomore season stating, "I want to improve every year so statistically I would like to see a higher batting average and I've set a goal of hitting 20 homeruns this season."

Head Coach Garland Shirley thinks Robinson can be one of the best softball players in the country this season and exhibits excellent leadership qualities stating, "Shaena's hard work and leadership separates her from other players, and she continues to be a great role model our younger athletes. She shows what it takes to be at the top of the sport, and shows it every day at practice and that can be contagious."

With five returning players from a season ago, freshman will fill out the majority of the lineup in 2018. Freshmen Saydee Terrell, Anika Motsumoto, Kylie Swan, and Katelyn Cantu will be counted on throughout the season to hold down the infield.

"Saydee Terrell will get some early time at short stop and Anika Motsumoto will be a solid second basemen for us this year," stated Shirley. "Kylie Swan will lock down third base and we have Katelyn Cantu in the circle. We have an athletic group of freshman this season and they all have a great mind for the game so it should be an easy transition for them."

Under Coach Shirley, the Tigers have improved mightily. Shirley came to MCC after the 2015 Tigers won only four games. In his first season as head coach, the Tigers won 29 games and followed it up with a 23-win season a year ago. Coach Shirley wants to see improvement every year and not just on the field, stating, "We need to continue to move the program in the right direction, and that is more than just on the field, we need to continue to make improvements in the classroom and play the game with class and character."

Coach Shirley expressed his excitement about the season stating, "The last few years we have played very well on defense and I expect us to continue that trend, what I find exciting is that we have players that will turn heads at the plate, more so then my previous seasons."

Sophomore Shaena Robinson wants to see improvements in the win column this season stating, "I want to see us click as a team early on and take momentum into the Region 11 Tournament and then advance."

Historically the ICCAC has been a very good conference for softball, both at the Division I and II levels. This season three Division II teams are ranked in the NJCAA pre-season poll with Iowa Central coming in at #19, Kirkwood coming in at #7 and DMACC cracking the top five at #4. The Tigers will get to play both Iowa Central and DMACC throughout the 2018 season. On the Division I side, Indian Hills will be back in contention as they return 2017's ICCAC Pitcher of the Year Olivia Goodale. Coach Shirley prefers the tough competition of the ICCAC and welcomes the challenges it brings.

"We schedule games to prepare us for the Regional Tournament and beyond," stated Shirley. "With us playing in the ICCAC, finding good teams to play is easy. We will get a chance to compete against some of the best teams in the country and make the necessary adjustments to be successful at the end of the season."

The Tigers kickoff the 2018 season with an ICCAC double header against Iowa Western Community College on Saturday, March 3. The Reivers will be a tough test out of the gate after finishing 36-14 a year ago. The Tigers will then travel to Clermont, Florida during spring break for ten games at the THE Spring Games softball tournament. THE Spring Games is the World's largest softball event, hosting over 300 softball teams from NCAA Division I, II, and III, including NAIA and Junior College. Following Spring Break the Tigers will host North Iowa Area Community College on Thursday, Marsh 22.