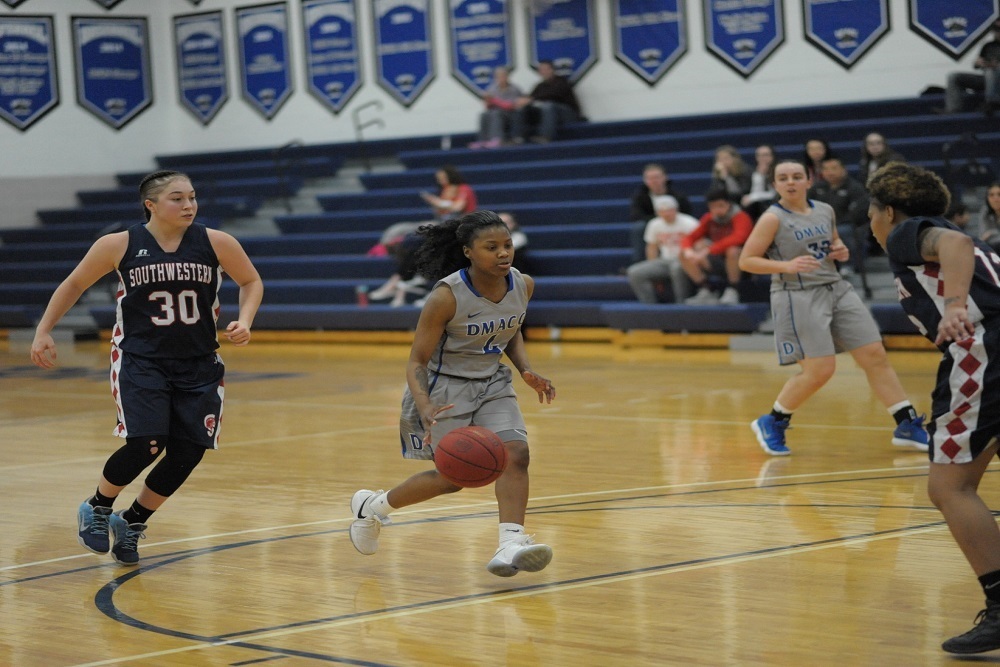 Freshman Emma Rouse of Boone tallied 15 points and sophomore Regan Shockley of Hartley had 13 as the Bears improved to 20-8 overall and 7-4 in the Iowa Community College Athletic Conference (ICCAC).

DMACC shot 41 percent for the game, draining 23 of 56 field goal attempts. The Bears were 7-of-28 from three-point range and made 14 of 21 free throw attempts.

SWCC came away with a 41-36 advantage on the boards with sophomore Molly Mitchell leading DMACC with eight rebounds. Shockley matched Clark in assists with four and Mitchell topped the Bears in steals with two.

The DMACC women's basketball team faced North Iowa Area Community College (NIACC) Feb. 24 at Mason City. The Trojans are 21-6 overall and 8-3 in the ICCAC. DMACC was victorious by a 91-83 score when the two teams played Jan. 27 inside the DMACC gymnasium.