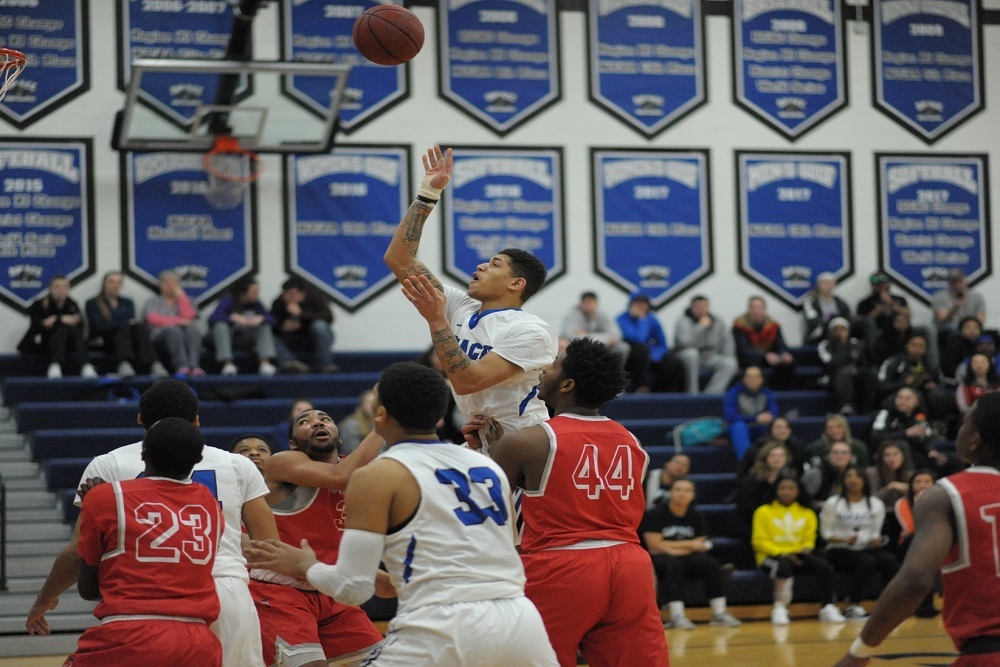 DMACC led 37-36 at halftime, but was outscored 53-34 in the second half in losing to the Spartans for the second time this season. The Bears shot 39 percent, hitting 22 of 57 field goal attempts. They were 6-of-20 from three-point range and 21-of-29 from the free throw line.

SWCC had a 44-29 advantage on the boards with Prince pulling down eight rebounds to lead DMACC. Freshman DeShawn Davidson of Waukegan, Ill., led the Bears in assists with four and sophomore Nysir Marshburn of Philadelphia, Penn., topped DMACC in steals with three.

The DMACC men's basketball team will play North Iowa Area Community College (NIACC) February 24 at Mason City. The Trojans are 15-11 overall and 2-7 in the ICCAC. They came away with a 56-55 win when the two teams played Jan. 27 inside the DMACC gymnasium.