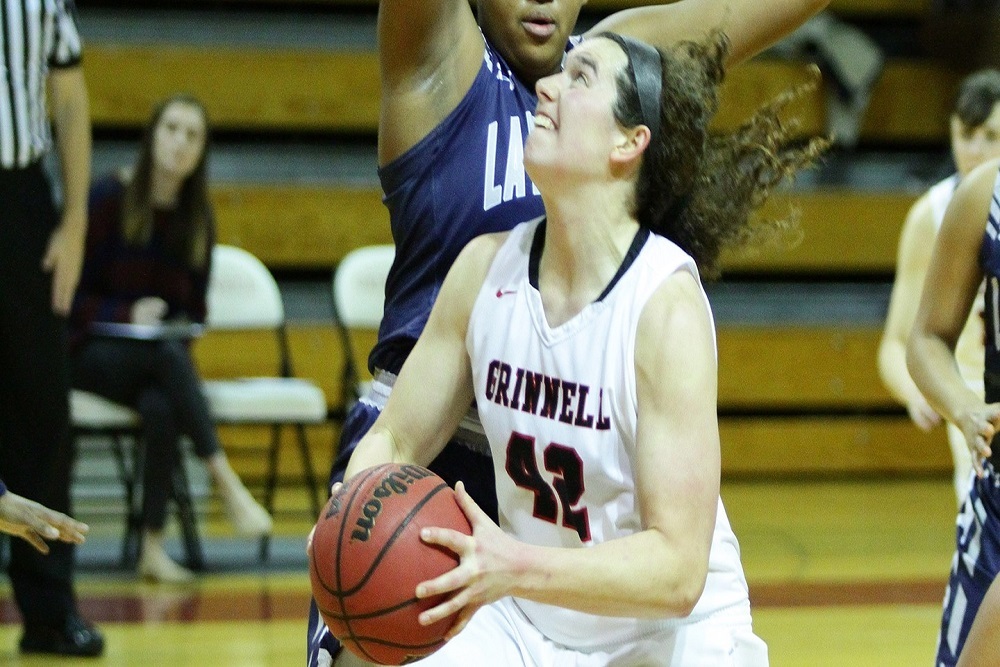 The honors keep pouring in for Kayla Morrissey '18.

Morrissey, a 5-10 forward from Burr Ridge, Ill. (Lyons Township North), earned a spot on the All-Midwest Conference Women's Basketball First Team for the second year in a row. She is Grinnell's first repeat selection to the elite squad since Hannah Wolf did so in 2007 and 2008.

Additionally, Grinnell was honored with the MWC's Sportsmanship Award.

Just last week, Morrissey became the first Pioneer since 2013 to be selected Academic All-District® First Team selected by the College Sports Information Directors of America (CoSIDA). She ranks third nationally in free throws made with 168 and is the MWC leader in four other categories - points per game (20.7), total points (456), defensive rebounds per game (7.0) and free throw attempts (211).

Morrissey is Grinnell's career leader in free throws made and attempted with 417 and 546, which rank fourth and fifth in the Midwest Conference.

The MWC Player of the Year is Cornell College's Diamond Boyd, while Lake Forest College won the Newcomer and Coach of the Year with Kelsey Burton and Tamlyn Tills.