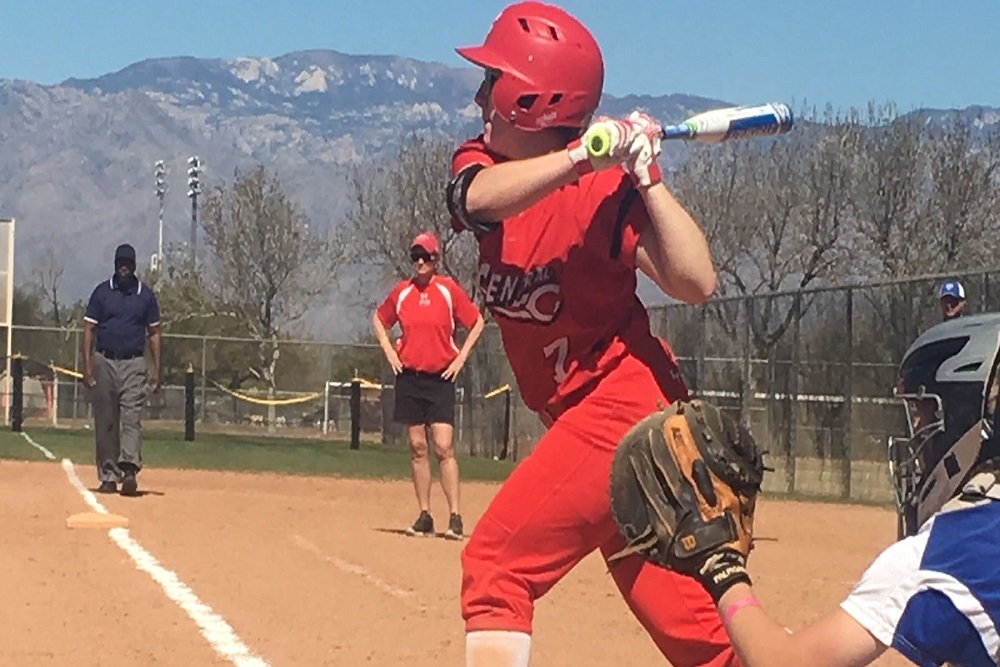 Freshman Katie Banowetz (Grand Mound, Calamus-Wheatland HS) highlighted a seven-run inning with her first collegiate homer, a pinch-hit grand slam, and the Central College softball team regained its footing with a pair of wins in the Tucson Invitational Games Wednesday.

The No. 21-rated Dutch exploded past Hiram College (Ohio) 12-6, then subdued Wittenberg University (Ohio) 4-2 to move back above.500 at 6-4. The wins were a needed boost after letting Tuesday's nightcap slip away in a 5-4 eight-inning loss to the College of Saint Benedict (Minn.)

"I was really impressed with the bounce-back," coach George Wares said. "That was a deflating loss. It was impressive to be able to come back like that."

After taking a 5-2 lead against Hiram, the Dutch were tied 5-5 in the fifth. But the Dutch broke out in the sixth with a decisive seven-run outburst. Wares said Banowetz's blast gave a glimpse of her long-term potential.

"She's still getting used to college pitching," he said. "But I think she'll hit a lot of home runs before she's done."

The Dutch have played 10 games in six days and it started to show, Wares said.

"Our pitchers are tired, but pitch-by-pitch, they did what they needed to," he said. "After Hiram tied it, Annie (DeVries) stayed really steady until we were able to break it open. And I was glad we were able to get Danielle (Riley) an inning against a better team.

"Mariah (Fritz) was really calm when she got in trouble. She never seemed fazed. She got herself out of some tough spots and made some really good pitches."

While Banowetz delivered the big blow in the opener, Wares said it was Central's patented short game that sparked the Dutch in both contests. Central stole five bases against Hiram and ran aggressively against Wittenberg as well.

"Wittenberg's pitcher was legit," he said. "She's good. But we were able to get some small ball going and got some key hits."

Central gets a needed day off and returns to action Friday, meeting Chapman University (Calif.) at 10 a.m. (Central Time) and Northland College (Wis.) at 2:30 p.m. Chapman was a long-time host of a spring-break tourey that Central competed in for several years and was a perennial NCAA tourney contender. Chapman holds a 5-4 advantage in the teams' all-time series, which began in 1985. The Panthers, who are starting a three-day trip to Tucson Friday, took a 4-4 record into a Wednesday doubleheader with Piedmont (Calif.).

"They're athletic and they're going to run, so a typical Chapman team," Wares said. "They'll be solid."

Central is taking on Northland for the first time. The Jills are 0-9 heading into a pair of games Thursday.