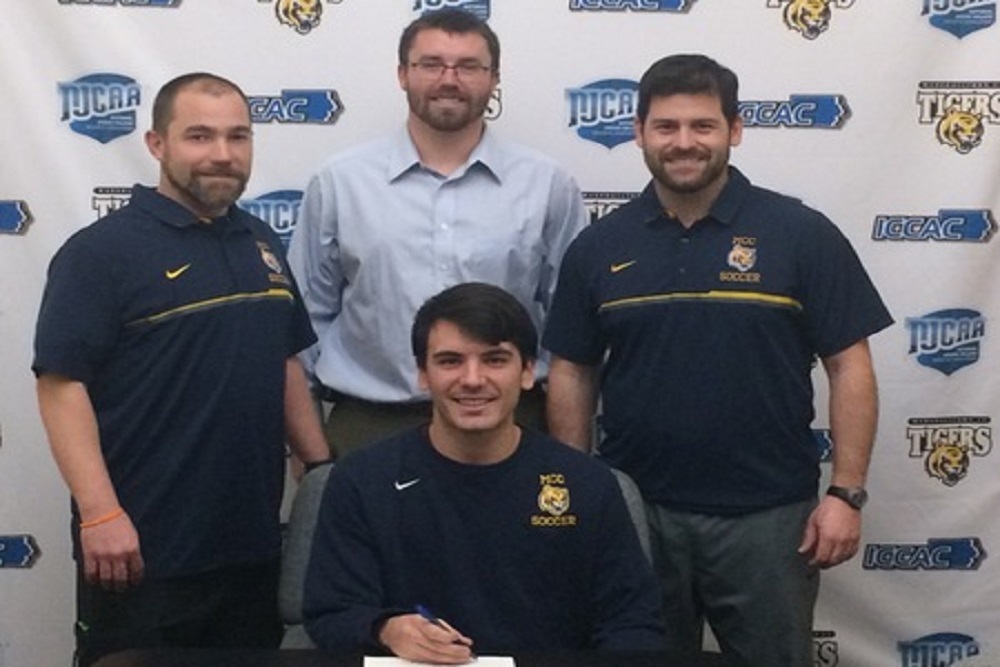 Marshalltown Community College's goalkeeper, Juan Gonzalez, has signed with the University of Wisconsin Parkside to further his soccer career and earn a degree in Business Administration. The University of Wisconsin Parkside is a NCAA Division II athletic program, playing in the Great Lakes Valley Conference. Gonzalez was a steady presence in the goal this past year for the Tigers, recording 52 saves in his sophomore season and is excited to get the chance to continue playing soccer.

"I am pretty excited to head to Wisconsin Parkside after playing here at MCC the last two years," stated Gonzalez. "The Rangers play a tough, physical style that I really enjoy and I think I can make an impact early on."

The Rangers are entering their eight season under Head Coach Jason Zizke and have seen success under his direction. Zizke has been on staff at Wisconsin Parkside since 1999, in that span the Rangers have compiled a 185-115-32 record. The Rangers have made the NCAA Division II National Tournament four times in Zizke's tenure, qualifying in 2006, making the Sweet 16 twice, and making it to the Quarterfinals once.

Head Soccer Coach Rafael Martinez believes Gonzalez will be successful at the next level stating, "Juan has been an outstanding goalkeeper for us for the last two years. I am very happy that he found the right fit at Wisconsin Parkside, program that will benefit from Juan's consistency, leadership and competitive experience. I truly believe he leaves MCC a much more developed player and individual and look forward to hearing about his success at the next level."

Gonzalez commented on his time in Marshalltown and the people that helped him succeed, stating, "I think both Coach Rafa and Coach Chris do an amazing job here at MCC and make us feel like we are a family. It will be hard to leave this place because of the coaching staff and everything they have done for me and for everyone on the team. I had a great time while I was here at MCC and made some great friends, I was able to see success because I had great players in front of me like Kino Ryosuke, Eneko Lasheras, and Rafael Vacas and wish them success in the coming years."