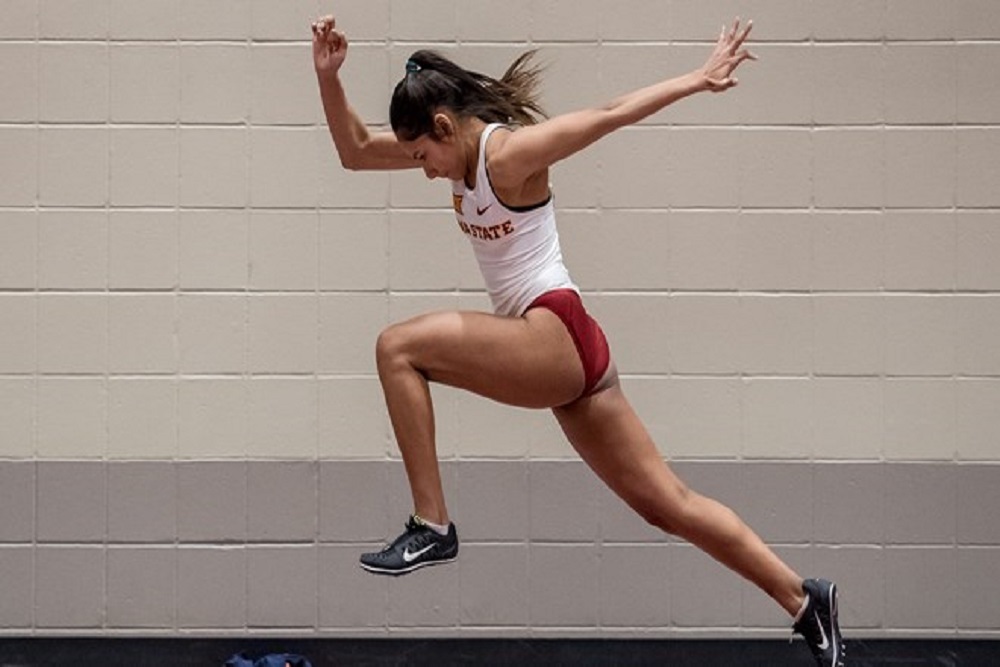 The indoor track and field season comes to a close this weekend on its biggest stage, as Jhoanmy Luque and Jasmine Staebler will represent Iowa State at the 2018 NCAA Indoor Track and Field Championships, taking place once again at Texas A&M's Gilliam Indoor Stadium.

Both are repeat visitors to College Station, with Luque in the long jump and triple jump, and Staebler in the 800-meter run. Luque will do the long jump on Friday, starting at 7:10 p.m., with Staebler's prelim in the 800 taking place at 7:25 p.m. On Saturday, Luque will do the triple jump at 3:30 p.m., while Staebler would run the 800 final at 5:40 p.m. should she advance.

Track competition on both days will be streamed live on ESPN3/WatchESPN. Friday's coverage, here, starts at 5 p.m., with Saturday contests beginning streaming at 4 p.m., here. Tape delayed broadcasts of the championships will be shown on Sunday at 6 p.m. (ESPN2) and 8 p.m. (ESPNU), and on Monday at noon (ESPNU).

Staebler earned First Team All-America honors in the indoor 800 last season with a sixth place finish. The Guttenberg, Iowa native is the No. 9 seed in this weekend's competition, featuring a very strong field with many runners Staebler has encountered in 2018. Her heat features Oklahoma State's and MTSU's Agnes Abu, both of whom were up against Staebler in the 800 at the Iowa State Classic last month.