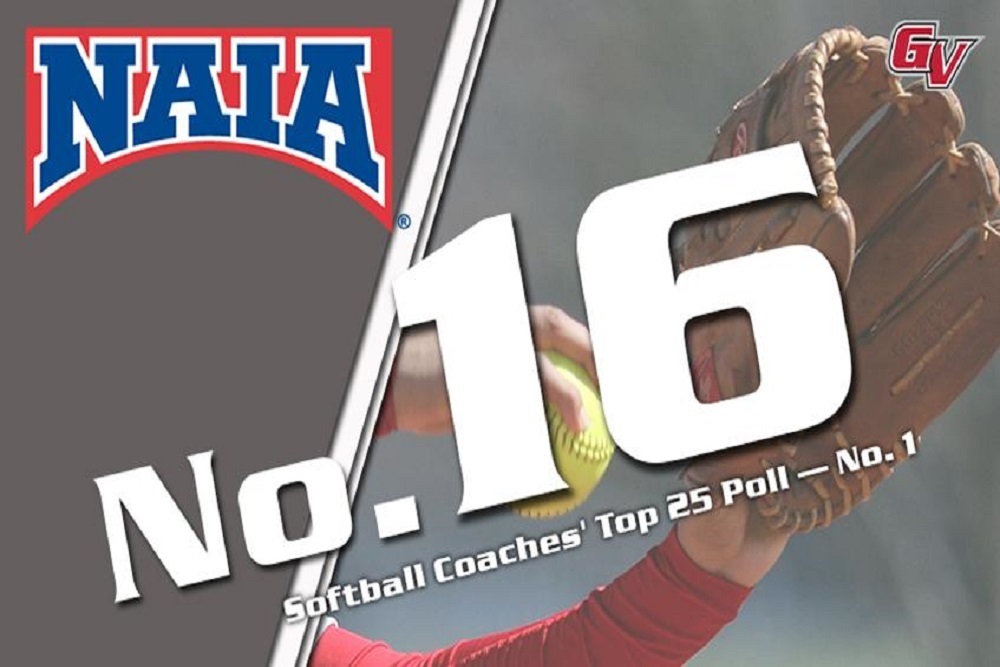 Grand View softball moved up five spots from the NAIA pre-season poll to No. 16 in the Softball Coaches' Top 25 Poll, announced Tuesday by the national office.

The Vikings highlighted the start of the season taking down then-No. 1 Oklahoma City University 8-0 in 5-innings. They have continued to improve their record to an 8-2 overall with a four-game win streak.

Currently, the Vikings rank fifth in the nation in Division I in opp batting average (0.191). Vikings All-American pitcher Claudia Farrell currently ranks numbers one in Division I in total earned runs allowed (1). Lexi Biehl leads the team in hits with 11 along with Lexi Merritt leading the Vikings with six RBI.

Grand View faces Southeastern (Fla.) tomorrow, March 14, at the end of their six-game series in Florida. The doubleheader will begin at 1:30 pm CST. Follow along with live stats via GameChanger.

• Georgia Gwinnett is the 13th different program to hold the No. 1 ranking since the start of the 2000 season.

• Georgia Gwinnett returns to the diamond Tuesday with a double-header against Truett McConnell (Ga.).

• No. 7 Oklahoma City leads all active schools with 130-straight rankings, falling no lower than 18th during that stretch. No. 9 William Carey (Miss.) is second with 93-consecutive mentions, followed by No. 11 Lindsey Wilson (Ky.) at 54-straight.

• Former member California Baptist tops the charts of most all-time No. 1 mentions with 46. Oklahoma City is second all-time with 43, followed by former member Concordia (Calif.) with 24, former member Simon Fraser (B.C.) with 18 and Thomas (Ga.) with 13.

• The poll was voted upon by a panel of head coaches representing each of the conferences and the Association of Independent Institutions.

• The Top 25 is determined by a points system based on how each voter ranks the best teams. A team receives 30 points for each first-place vote, 29 for second-place and so on through the list.

• The highest and lowest ranking for each team (a non-rating is considered a low rating) is removed and the team's ranking will be recalculated with an additional point added to each team for every ballot (including discounted ballots) that the teams appear on.

• The frequency of polls occurs bi-weekly.