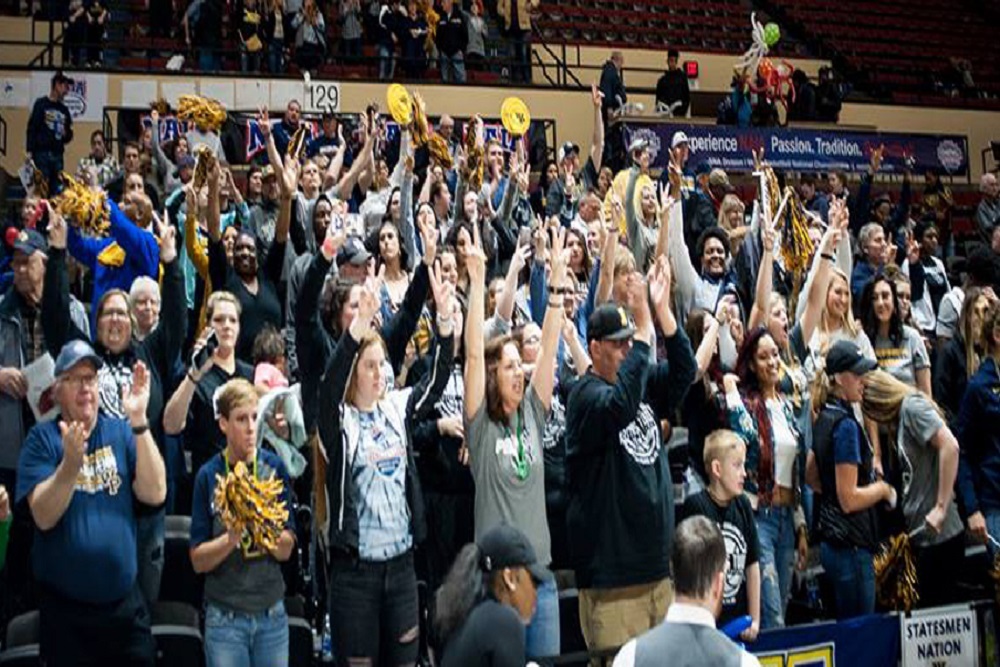 Hands with two fingers extended were raised to the sky one last time this year as the William Penn men's basketball team and its faithful fan base honored their departed brother after the Statesmen fell to LSU Alexandria 84-75 in the semifinals of the NAIA Division I National Championships Monday.

WPU, which ended its season with a 30-5 record, was filled with the spirit of Marquis Todd the last two-plus weeks, and the navy and gold played their hearts out. Unfortunately on Monday, the dream came to an end just two wins shy of the ultimate goal of a national title. Though by simply getting on the floor and battling until the final horn, the Statesmen should be proud of their efforts and know their angel above was indeed also filled with pride.

"I know that Marquis is proud of his friends and teammates for how they represented him and William Penn in Kansas City this past week," Head Coach John Henry said.

William Penn's Fab Four campaign marks the third time the team has reached the semifinals over the last six years. Throw in two additional quarterfinals appearances and a 170-40 overall record, and the recent stretch is simply incredible.

After getting back to its up-and-down style in Saturday's win over Dalton State, WPU was confident it would give the Generals (29-7) all sorts of fits, and it did.

Courtesy of a strong perimeter game, the Statesmen opened the evening up 14-5. LSU A answered back with 10 straight points, but a 13-1 run by William Penn put it ahead 27-16 with 8:27 left in the first half.

The navy and gold cooled off, only shooting 40.0% in the first period, while the Generals went in the opposite direction (45.7% in the first half) and the squads were knotted at 37-37 entering halftime.

LSU Alexandria, which joined WPU as a semifinalist from last season, began the latter stanza on a tear with 12 of the first 16 points for a 49-41 advantage. The Statesmen refused to fade away, however, eventually going back ahead 56-55 with nine minutes remaining.

The sides exchanged points over the next minute, but LSU A took the lead for good at 61-59. WPU, which trailed just 65-62 with 5:02 left, unfortunately saw its season come to abrupt end as the Generals scored 12 unanswered over the following 2:21 to pull away for the victory.

William Penn fought for every point down the stretch, drawing to within seven with 28 seconds left, but could not get any closer.

At game's end, WPU was outshot 47.8%-40.6%, but outrebounded the Generals 43-42. The Statesmen did most of their damage from deep, going 15-for-29 from behind the arc. Unfortunately, they failed to overcome a 4-for-14 showing at the free-throw line as well as 11 turnovers (just four for LSU A).

William Penn held a 14-10 edge in second-chance points (13-10 offensive rebounds), but was outscored 10-3 in points off turnovers.

In their final contests in the navy and gold, senior guards Terrell Thompson (Indianapolis, Ind., Wellness and Recreation) and Aakim Saintil (West Orange, N.J., Business Management) were both impressive.

Thompson finished 11-for-16 from the field (4-for-7 3-PT) for a game-high 26 points, while also pulling down seven rebounds and dishing out five assists. Saintil connected on a game-best six three-pointers en route to 20 points.

"We set our goals at the highest of levels--the national championship," Henry said. "Why not? If you want it and work hard for it, but come up short, you still end up at a high level of achievement."

"All of our seniors, including Marquis Todd, will be missed, but they are Forever Statesmen," Henry said.