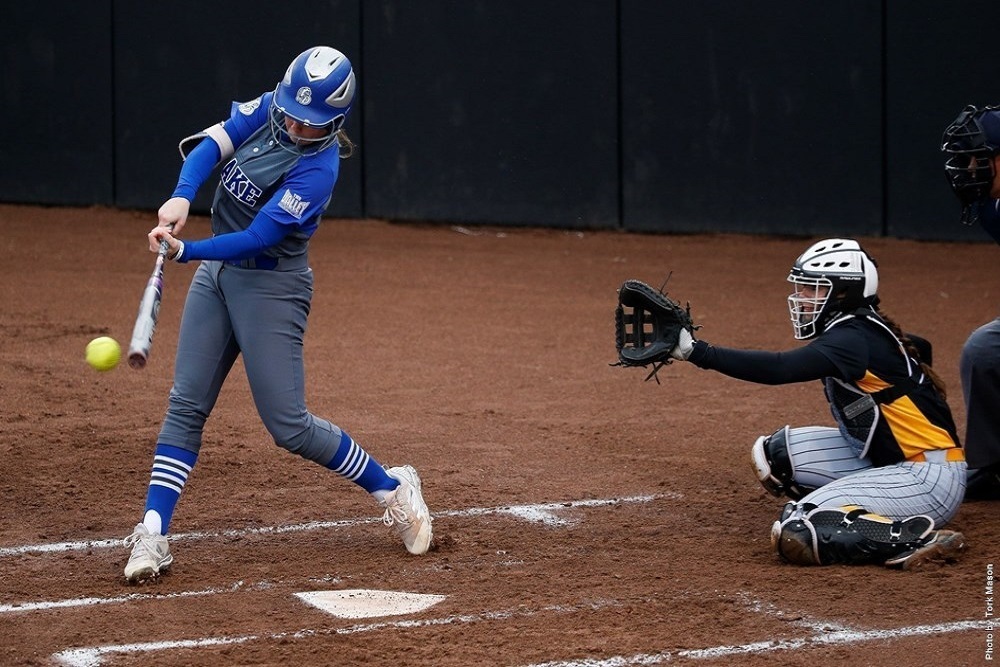 Kailee Smith (Murrieta, Calif.) pitched a complete a game for the Drake University softball team in a 3-1 road win over Iowa Wednesday night at Pearl Field.

Kelsey Wright (Olathe, Kan.) put the Bulldogs on the scoreboard with an RBI single in the second inning which scored Smith for a 1-0 lead. Drake later loaded the bases, but couldn't score any more runs as the Hawkeyes escaped out of the inning.

Taryn Pena (Columbia, Ill.) added to the lead with her own RBI single in the third inning which brought in Macy Johnson (Winterset, Iowa). Johnson led off the frame with a double off the centerfield wall and then stole third base before Pena's hit went in between the third baseman and shortstop for a 2-0 advantage.

Roemmich extended Drake's lead to 3-0 in the fourth inning after she drove in Melissa Schlotzhauer (Pilot Grove, Mo.), who hit a leadoff single.

Smith and Wright each had two hits for the Bulldogs, who had 11 as a team. Drake stranded 10 runners. Kennedy Frank (Chesterfield, Mo.), Pena and Smith each had one stolen base.

Smith improved to 5-3 with the win as she allowed one run on four hits with four strikeouts.

Following Wednesday's win, Drake hosts Bradley Friday in a doubleheader in the team's home opener. First pitch against the Braves is set for 2 p.m. and both games will be broadcast on The Valley on ESPN3.