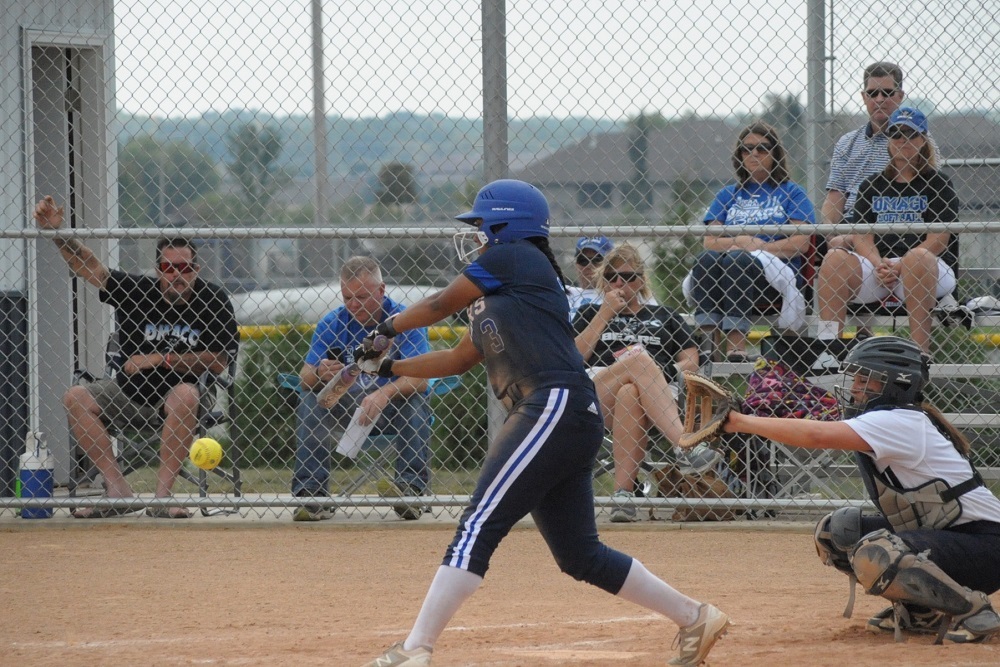 Jacobsen's no-hitter came in the opener, won by the Bears, 11-0. DMACC, ranked second in the National Junior College Athletic Association (NJCAA) Division II poll, took the second game, 11-2, to improve to 20-0 for the season and 2-0 in the Iowa Community College Athletic Conference (ICCAC).

Jacobsen struck out 13 and did not walk a batter as she improved to 9-0 with the win. She faced the minimum 15 batters and threw 65 pitchers, including 48 strikes.

The Bears put the game out of reach in the first three innings when they scored all of their runs. They scored five in the first, two in the second and four in the third. The game was called because of the mercy rule after NECC batted in the top of the fifth.

Freshman Kaisha Wells of Topeka, Kan., belted a home run and drove in four runs to spark DMACC at the plate. Freshmen Mia Ruther of Burlington and Avery Guy of Cedar Rapids had three hits apiece and Ruther drove in three runs. Jacobsen helped her own cause with a pair of hits.

Wells, sophomores Bre Hunter of Boone and Bailey Richards of Des Moines and freshman Morgan Nealey of Urbandale blasted home runs in DMACC's win in the second game. The Bears led 4-2 after three innings and used a seven-run rally in the bottom of the fifth to come away with the win.

Nealey paced DMACC at the plate with three hits and Jacobsen and Hunter had two hits apiece, including one double each. Jacobsen came away with three RBIs and Hunter, Nealey and Wells drove in two runs apiece.

Sophomore Gabby Schnathorst of Carlisle pitched the first four innings and got the win. She allowed two runs on two hits, struck out five and walked four. Freshman Alexis Groet of Oskaloosa worked one inning, striking out one batter and walking one.