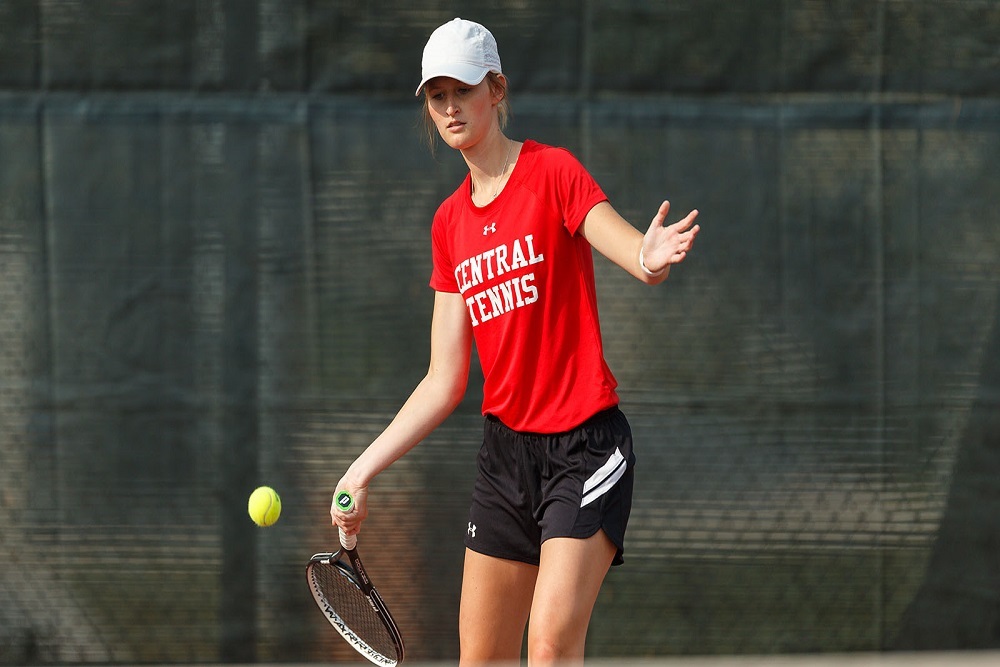 The first loss of the spring for the Central College women's tennis team came at the hands of a very talented Grinnell College side Saturday morning by a 7-2 margin.

In a match played inside H.S. Kuyper Fieldhouse due to the cold temperatures that continue to envelop the state of Iowa, the Dutch slipped to 11-3 and the Pioneers moved to 15-3.

"We battled well but we didn't play our best tennis," coach Ryun Ferrell said. "We need a match like that to knock some things loose and get us to go after people a little harder."

Sophomore Madison Krumm (Kellogg, Grinnell HS) stepped up to serve in the No. 3 doubles match leading 7-4. Ferrell was pleased with the way she closed the match out to earn a point with partner Ashley Maley (senior, Waverly, Waverly-Shell Rock HS).

"Madi did an outstanding job," Ferrell said. "Being from Grinnell, there was probably a little added motivation for her. Today was probably some of the best tennis I've seen her play."

The No. 4 singles player for the Dutch, Jenna Stewart (junior, Burlington, Notre Dame HS) won her fourth consecutive match of the spring 6-4, 6-4.

"Jenna has been putting some extra time in and it shows," Ferrell said. "She was very mature in the way she played. The hard work she has done is paying off."

Next Sunday, the Dutch will venture to Rock Island, Illinois for a pair of non-conference matches against Augustana College (Ill.) and Lake Forest College (Ill.). The Vikings (15-3) and the Foresters (18-2) will be another pair of stiff tests.

"Augustana is a really good team and Lake Forest is the second team in their league behind Grinnell," Ferrell said. "Those matches will help us get ready to play Dubuque in the conference tournament.