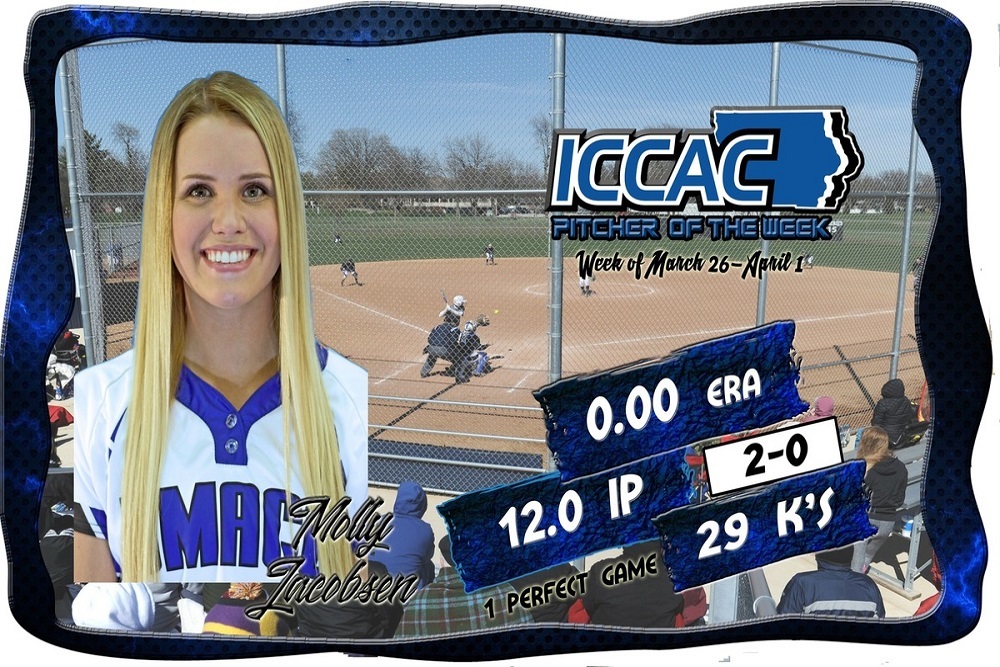 Jacobsen, a sophomore from Adel, has been named Division II Pitcher of the Week three times by the NJCAA and five times by the ICCAC this season.

Jacobsen threw a two-hitter and struck out 16 batters in a 4-0 win over the Simpson College junior varsity on March 28 and threw a five-inning perfect game in an 11-0 win against Northeast (Neb.) Community College (NECC) on March 30, striking out 13 of the 15 batters she faced.

For the season, Jacobsen is 9-0 with an earned run average of 0.12. She has pitched 57 innings, allowing five runs on 20 hits and only one of the five runs she has allowed is earned. Jacobsen has struck out 121 batters, averaging 14.86 strikeouts a game, and has walked five batters.

The DMACC softball team, 20-0 and ranked second in the National Junior College Athletic Association (NJCAA) Division II poll, faces Ellsworth Community College (ECC) in a doubleheader today at Creston. The Bears are 2-0 in the ICCAC. ECC is 8-12 overall and 2-2 in league play.