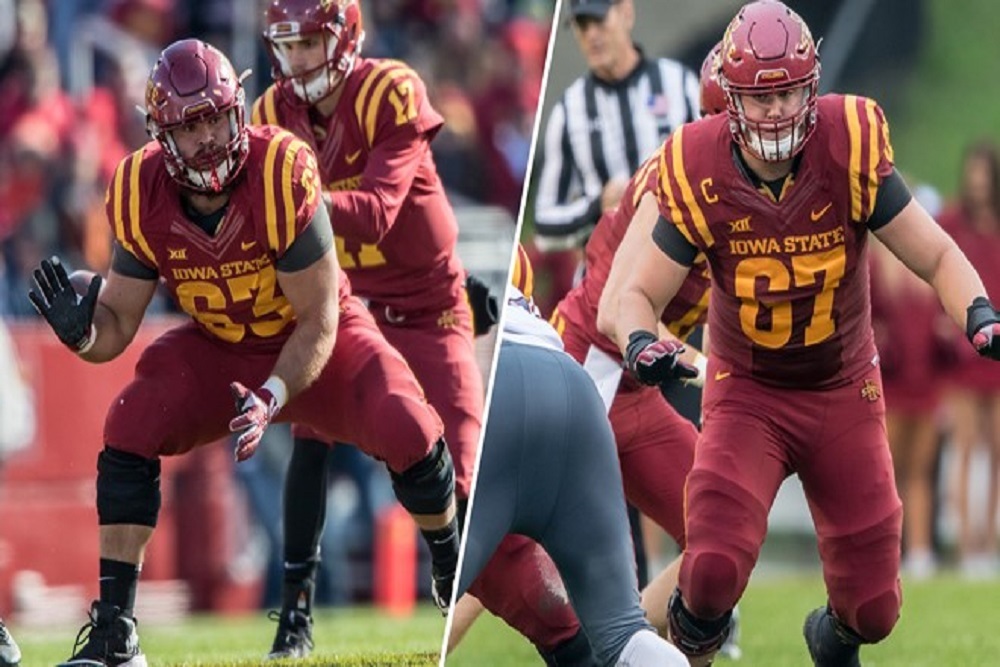 Two former Iowa State football players were honored for their dedicated work in the classroom throughout their careers in Jake Campos and Robby Garcia.

The pair were named to the 2018 NFF Hampshire Honor Society, which is comprised of college football players from all divisions of play who each maintained a cumulative 3.2 GPA or better throughout their college careers.

Campos, who was a three-year starter on the offensive line for the Cyclones, was a Second-Team All-Big 12 selection in 2017. The biological systems engineering major picked up a slew of academic awards in his Cyclone career, earning First-Team Academic All-Big 12 accolades three times and making the CoSIDA Academic All-District team in 2017.

The co-captain was also on the Wuerffel Award watch list and a semifinalist for the William V. Campbell Award, given annually for the nation's top collegiate football scholar.

Garcia started all 13 games on the offensive line in 2017 after playing on the defensive line for his first 3 ½ seasons as a Cyclone.