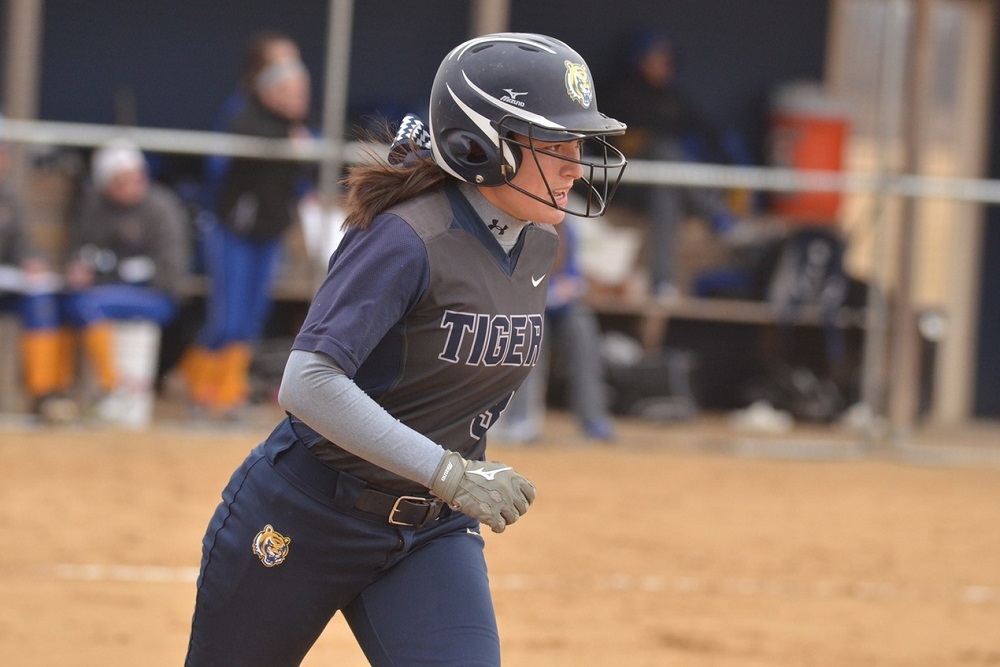 The MCC softball team completed their second day on the road, traveling to Norfolk, Nebraska to take on the Hawks of Northeast Community College. The Hawks entered the day 14-22 playing in the very difficult ICCAC Division II while the Tigers came in with a 12-15 record after splitting games with Doane University on Monday. The Tigers split yet again, defeating the Hawks 14-7 in game one then falling 27-5 in game two.

Both teams started slow in the first game, going scoreless in the first two innings before the Tigers got on the board in the top of the third. After a scoreless 4th inning, the Tigers took off in the fifth, scoring eight runs and then adding three in the sixth and two in the seventh. Every member of the starting lineup recorded at least one hit on the day. Sophomore Taylor Tague led the way at the plate going 3-5 with 3 RBIs from a homerun in the fifth inning. The Tigers were on their way to a large victory when the Hawks stepped up in the 6th inning, bringing in five runs on two home runs by Teanne Edens and Shyanne Sutton.

The Tigers struggled mightily in game two, giving up 14 runs in the first inning and 8 runs in the second inning. Down 24 runs in the fourth inning, the Tigers were able to add four runs when Annalee Myers, Saydee Terrell, AnnaMarie Armstrong, and Anika Matsumoto made it around the bases. While Katelyn Cantu could not find her grove in the circle in the first inning, sophomore Taylor Tague entered the game to pitch the final four innings, facing 31 batters. Freshman Chasity Jordan went 2-3 at the plate and recording one RBI to lead the Tigers batting.

The Tigers will get back on the road Thursday, driving to Council Bluffs, Iowa to take on the Reivers of Iowa Western Community College. The Tigers are 0-4 against the Reivers this season, dropping a pair of games on April 7 and again back on March 3. Thursday's doubleheader is set to begin at 2:00 PM.