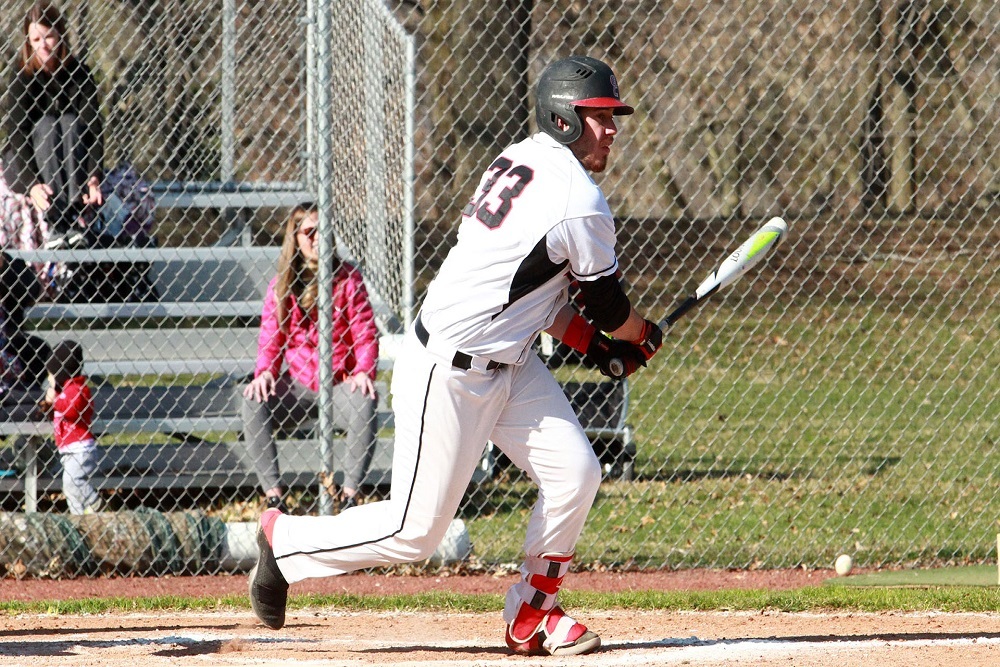 Jared Booth '21 and Nathan Zaroban '18 each had three hits in the first game, with one of Booth's a towering homer to left field. Andrew Shults '19 and Shane Comiskey '18 added two hits each.

Grinnell got out to a 4-0 lead in the opener. Booth hit an RBI single through the left side in the first, Shults belted a sacrifice fly to left in the third and Booth knocked a 0-1 offering over the left-field fence in the fourth. Comiskey contributed an RBI single up the middle in the sixth for a 4-0 lead.

However, Monmouth scored seven runs in the seventh inning to take the lead for good. Grinnell's final run came in the eighth on Comiskey's RBI single to right.

Ryan Moeller '21, the third of five Grinnell pitchers, was tagged with the loss.

Carson Gampell '20 and Julian Cabrera '19 each had two hits in the second game, which Grinnell led 1-0 after Gampell hit an RBI single to left in the third.

But the Fighting Scots got a grand slam homer in the fifth and never looked back. Jacob Morsch '21 suffered the pitching loss for the Pioneers, who are 7-4 in the Midwest Conference and 10-14 overall. Monmouth improved to 5-3 in the league and 16-8-1 overall.

Both teams are slated to compete in the MWC Crossover this weekend in Mauston, Wis.