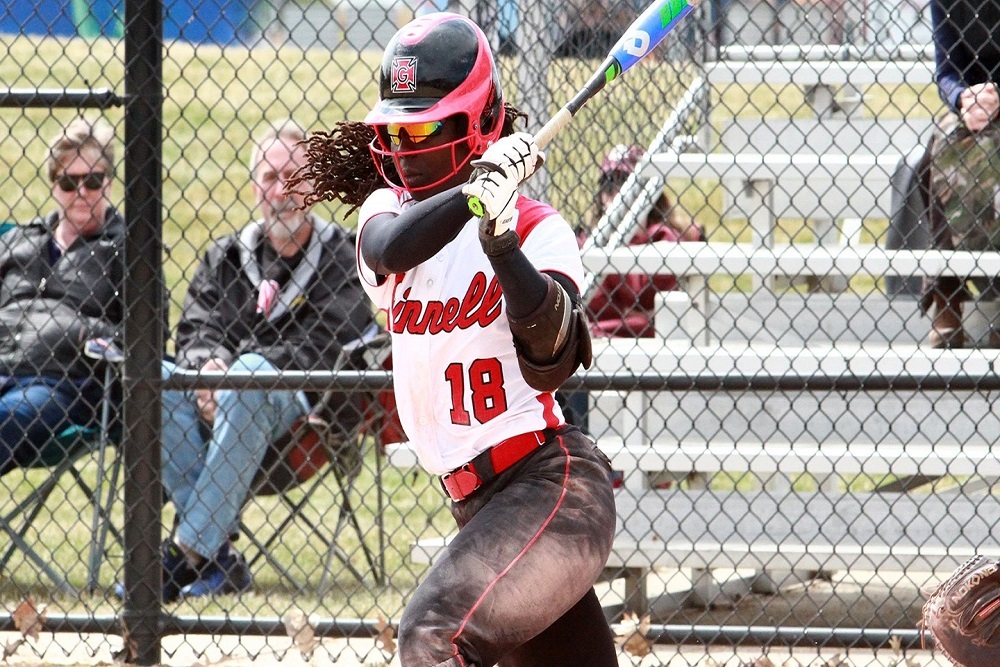 For the second time this season, Grinnell College's Darice Wheeler '21 has been named the Midwest Conference Softball Player of the Week.

Wheeler, a pitcher/second baseman from Evanston, Ill. (Cushing Academy), was simply phenomenal as the Pioneers won seven of eight games in the past week and posted their 10th MWC win, the most in program history. She hit a sizzling.630 in that span, going 17-of-27 at the plate with three home runs, four doubles, a triple, 21 RBIs and 12 runs scored.

She had a 1.185 slugging percentage and a perfect 1.000 fielding percentage in 22 chances. The respect for Wheeler was displayed Saturday when she was intentionally walked with the bases loaded. She is already Grinnell's all-time career and season leader for home runs with 14, and also has records for RBIs and total bases in a season with 51 and 102, respectively. Wheeler also starred as a pitcher, working in six games and going 5-1 with a 2.28 ERA with 27 strikeouts in 30-2/3 innings of work.

The MWC Pitcher of the Week is Mariah Hedges of Illinois College.