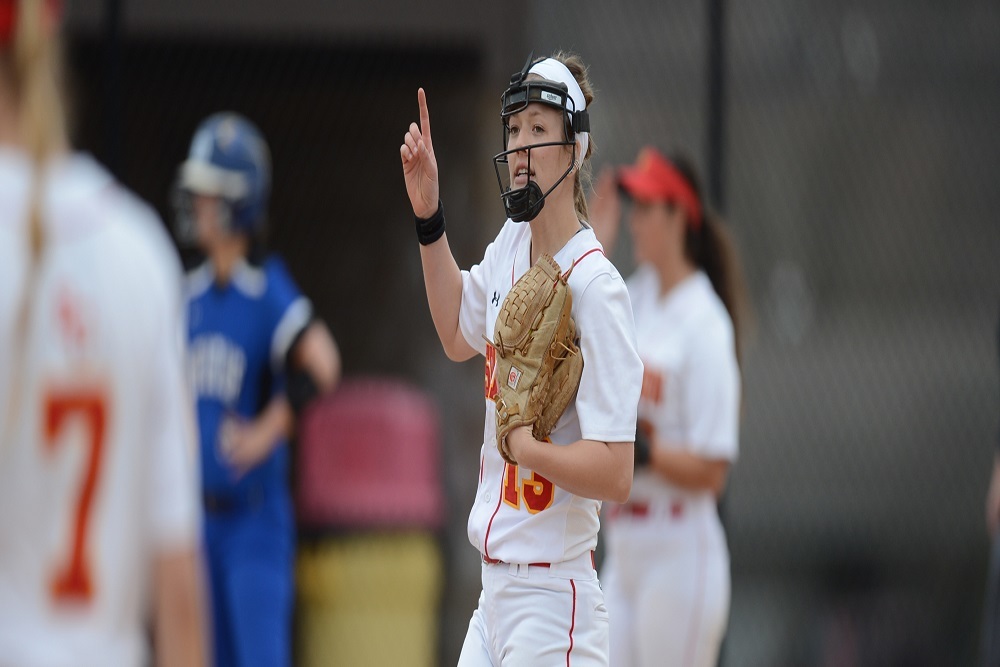 The Simpson softball team missed out on the Iowa Conference Tournament in 2017.

One year later, the Storm are back in the mix.

Simpson will own the No. 6 seed in the IIAC Tournament. The Storm's opponent and the location of the tournament is yet to be determined.

Bell shut down one of the top offenses in the nation and Davis produced a clutch RBI double in the sixth to give the Storm an upset win.

Bell had her best performance to-date, striking out four and walking one in the complete-game gem. She worked out of a bases-loaded jam in the third and held the hi-powered Norse offense hitless in the final four frames.

Arianna Kim was hit by a pitch with one out in the sixth. Ashley Allen reached on a fielder's choice when shortstop Anna Strien tried to get Kim at second, but the throw was not in time. The next batter, Davis roped a double to the wall in right, allowing Kim to score the go-ahead run.

Addy Pender went 2-for-3 and Courtney Cooper pitched a complete-game shutout as Luther came back to take the nightcap 4-0.

Cooper allowed just four hits with a walk and two strikeouts for the Norse. She allowed the leadoff runners on the second, third and fourth innings but kept Simpson off the board.

Simpson committed four errors, including a throwing error that led to the first run. After a double by Ashley Burrows in the third, Kim's relay from left field got away from the Storm infielders and allowed Lilly Johnson to score for a 1-0 lead.

Luther pulled away with two runs in the fourth and one in the seventh, more than enough cushion for Cooper.

Madison Rasmusson took the loss in the circle in her first appearance since March.