GRAND VIEW UNIVERSITY: Vikings take down Graceland in Opening Round 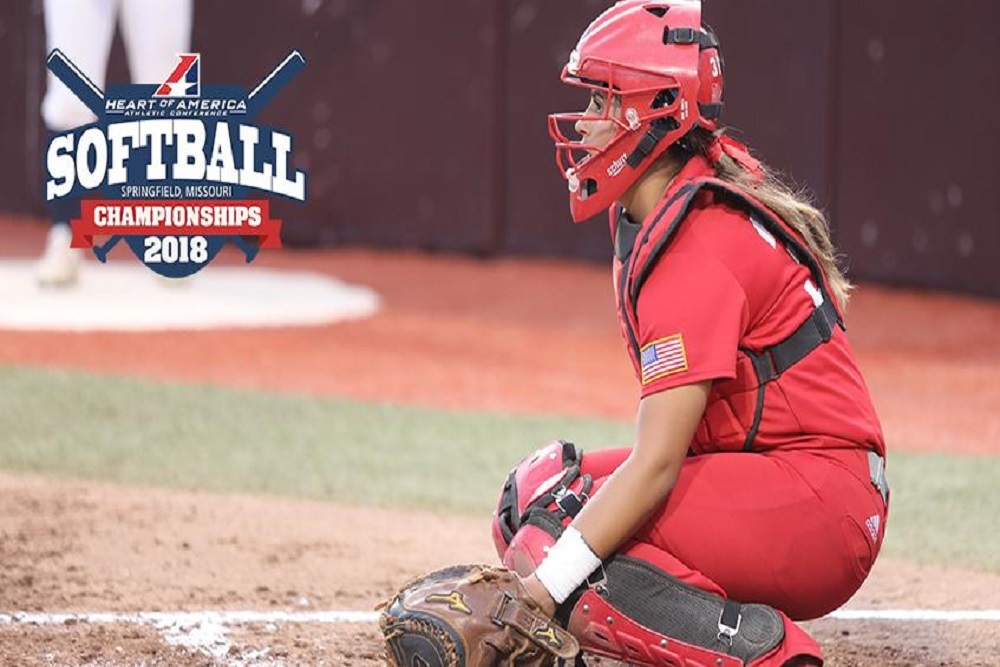 Grand View University issued the following announcement on May 2.

Top-seed Grand View defeated No. 8 seed Graceland 8-0 in five innings in the opening round of the 2018 Heart of America Athletic Conference Softball Championship Wednesday evening at the Killian Softball Complex in Springfield, Mo.

Grand View jumped out to an early lead in the first inning, bringing in four runs off three hits. Lexie Biehl (SR/Maquoketa, IA) earned the first hit for the Vikings advancing Lexi Merritt (SO/Waukee, IA) who got on base off an error and Stanzy Snyder (SR/Johnston, IA) who reached off a walk. Lauren Poortinga (JR/Des Moines, IA) brought in Merritt and Snyder off a single thru shortstop and Kate Crow (SR/Ames, Iowa) reached base on a walk next. Kaylee Watson (FR/Stockport, IA) brought in one run off a single up the middle. Kristen Webb (SR/Pleasant Hill, IA) brought in the final run of the inning with a sacrifice fly to left field giving the Vikings a 4-0 advantage.

Neither team was able to put any runs on the board until the bottom of the fourth inning where the Vikings added three more runs. Merritt started off, reaching base on a Yellowjacket error. Snyder advanced Merritt off a single to left field and Biehl got the RBI on a double to deep right. Poortinga brought in the next run off a single to shallow right field and Biehl scored the third run of the inning on a Yellowjacket error.

The final run of the night came from Snyder who singled up center field to end the game, bringing in the eighth run of Kelsey Winnett (JR/Coon Rapids, IA) to end the game.

Grand View recorded 12 hits while holding Graceland to five. Poortinga led the Vikings with two hits, three RBI and one run along with Snyder who brought one run off three hits and two runs. Biehl and Thilges also recorded two hits for the Vikings.

Farrell earned her 26th win for the Vikings this season on the mound striking out nine batters, walking one and allowing five hits and no runs.