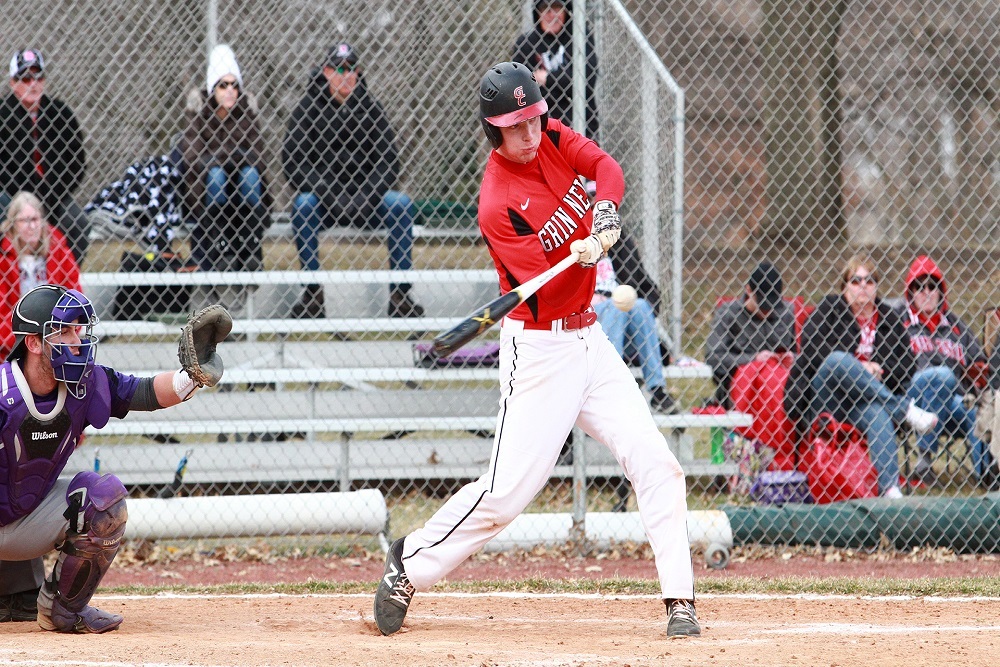 Grinnell College Athletics issued the following announcement on May 7.

Grinnell College's baseball team lost a 6-4 decision to Illinois College Monday in the conclusion of a contest suspended due to snow last month.

Grinnell opened the scoring in the first inning when Carson Gampell '20 hit an RBI groundout. The Blueboys rallied with five runs in the third for a 5-1 lead. The Pioneers cut into that in the fourth when Jared Booth '21 scored on a wild pitch and Michael Slattery '18 hit a sacrifice fly to center. The Pioneers made it 5-4 in the seventh on Zeke Taylor's '21 RBI single to left, but the Blueboys countered in the ninth with a run.

In the game, Shults grabbed sole possession of the season stolen base record with his 27th and also moved up to ninth all-time for walks in a season with 24.

Booth had a triple among his totals and Daniel Lubelfeld '21 was Grinnell's pitcher of record. The Pioneers are 16-20 overall and 13-6 in the Midwest Conference, while Illinois College is 18-17 in all games and 8-11 in the league.

The loss means Grinnell is the second seed from the MWC South Division and will play the top seed from the North, St. Norbert College, in the opening round of the league tourney this weekend. Friday's game against the Green Knights on their field is slated for 10 a.m.