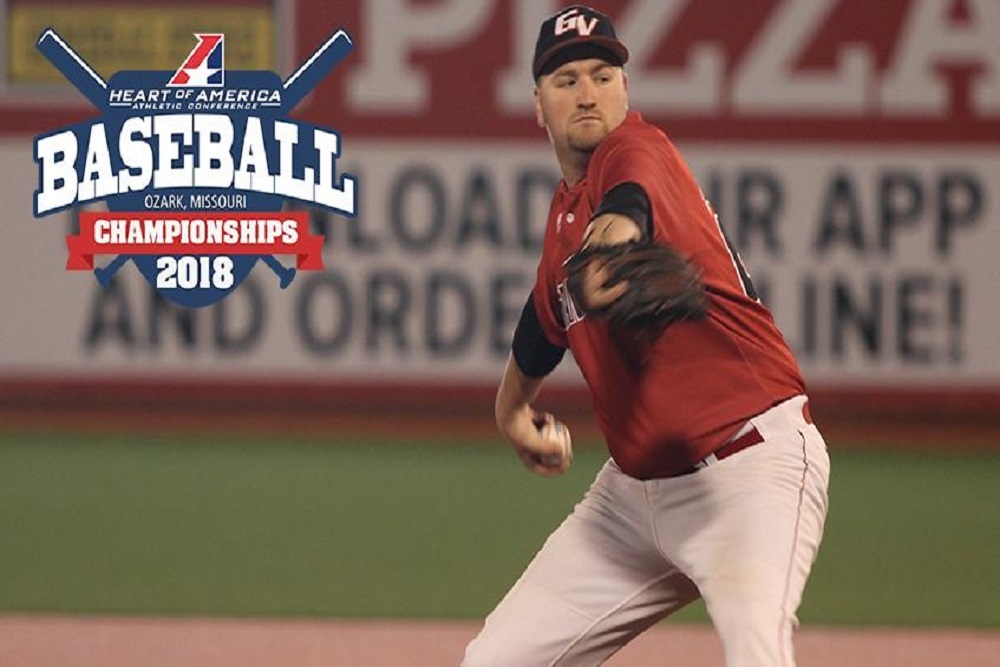 Grand View University issued the following announcement on May 7.

Grand View took on Avila University in the first game on Sunday and won 10-to-8 in a back-and-forth battle. They defeated Peru State for the second time in the tournament later that night, winning 5-to-3 after getting an early lead.

The Vikings racked up ten runs on fifteen hits Sunday afternoon. The game was tied at eight in the top of the ninth when Connor Enochs (JR/Des Moines, IA) tripled on the first pitch of his at-bat to bring in two runs.

Hunter McIntosh (JR/Mitchellville, IA) got the start pitching two innings and gave up four hits and four runs while striking out four. Nick Bentley (SR/Woodbury, MN) came in for an inning of scoreless, hitless relief. Jeremy Bentley (JR/Bondurant, IA) gave up just one run on two hits while striking out a batter through a strong three and two-thirds innings of relief. Austin Marchant (SR/Indianola, IA) recorded the win after two scoreless, hitless innings and struck out two batters.

Smith led at the plate going 2-for-3 with a double, two walks, and a run brought in. Dustin Nelson (SR/Mondovi, WI) and Jordan Daane (SR/Waupun, WI) both went 2-for-5. Nelson had a double and brought in two runs and Daane brought in one run.