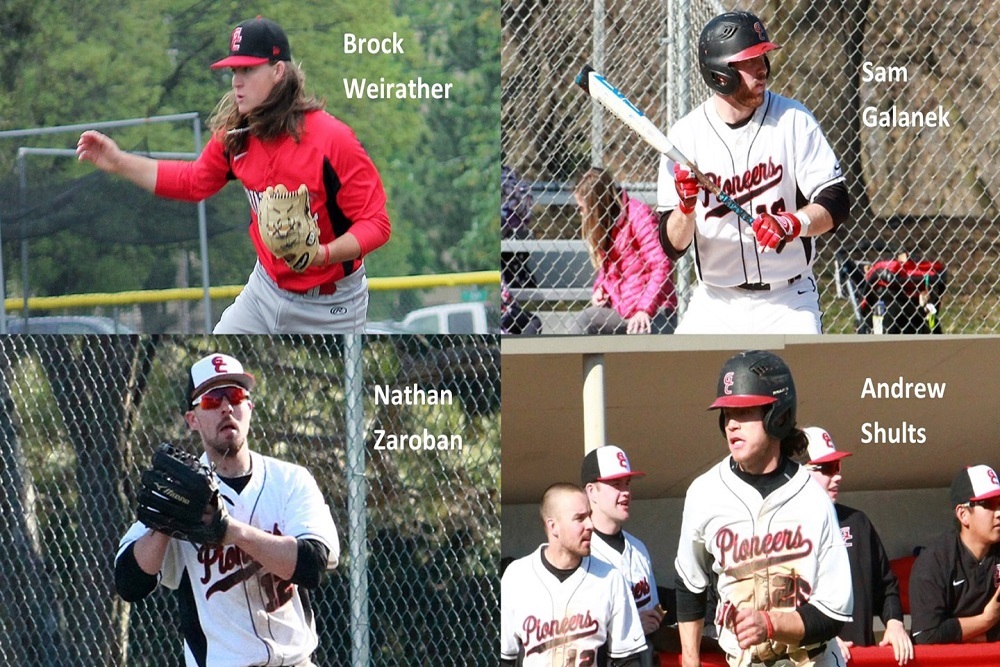 Grinnell College Athletics issued the following announcement on May 14.

Four Grinnell College baseball players have been named to the All-Midwest Conference South Division Team, with one winning a special award.

Brock Weirather '21 was named MWC South Newcomer of the Year, marking the second year in a row a Pioneer has earned that honor. He was named to the All-MWC South Team along with Sam Galanek '18, Nathan Zaroban '18 and Andrew Shults '19.

Weirather was the ace of the Pioneers' pitching staff and ranked in the league's top 10 in innings pitched with 58 and wins with a 5-1 record. He had a 3.88 ERA in 11 appearances and struck out 36 batters.