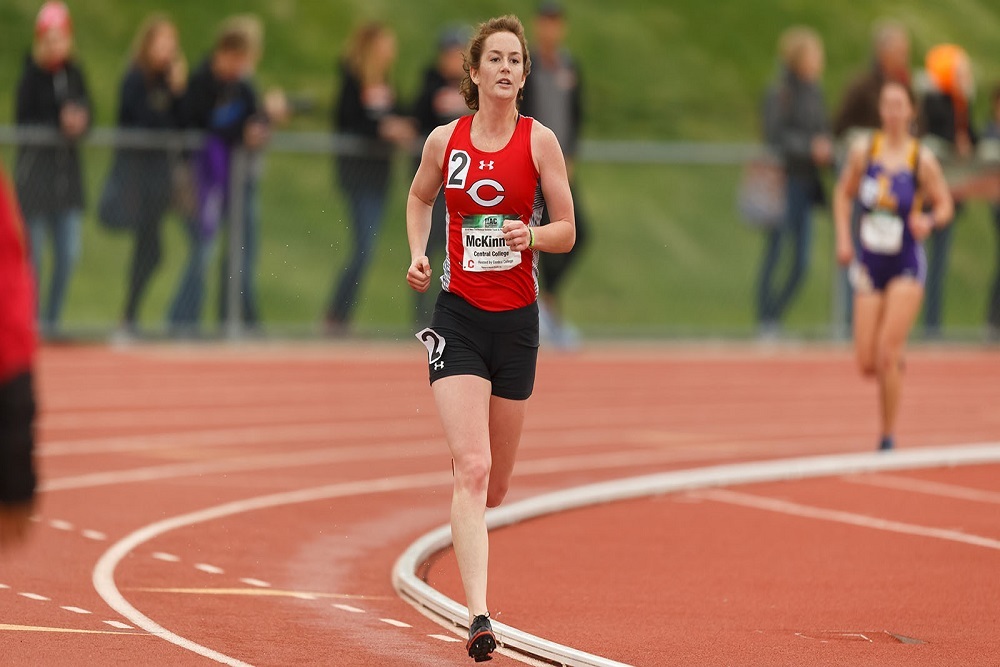 Central College issued the following announcement on May 18.

As two senior Central College track and field distance runners prepare for the national meet next weekend, it was the end of the road for four other seniors at the Gregory Invitational Thursday night.

There were no teams scores kept at the meet hosted by North Central College.

Fairley has ran the fastest 3,000-meter steeplechase time in the country while Kammeyer is in line qualify in the No. 20 slot.

A 2016 qualifier in the steeplechase, Holly McKinney (senior, St. Charles, I-35 HS) was fifth in that race Thursday in a time of 10:57.13. Though a better mark than prior efforts this season, it won't be enough for her to make a return trip to the national stage.

It's bittersweet for her," coach Joe Dunham said. "She wanted to run faster tonight but you can't say enough about her career at Central. She's one of the premier distance runners we've had in a long time. She's worked so hard and I'm proud of all of her accomplishments.

"It's tough to say goodbye to them as well," Dunham said. "They're all extremely talented and have had great careers in their own right."

"I think we took a big step forward with our distance program," Dunham said. "I'm looking forward to next year with all the guys we have coming back."

The official qualifying list for the NCAA Division III Outdoor Track and Field Championships will be released over the weekend. The national meet will be held in La Crosse, Wisconsin May 24-26.