CENTRAL COLLEGE: The hills are alive with Central football in Austria 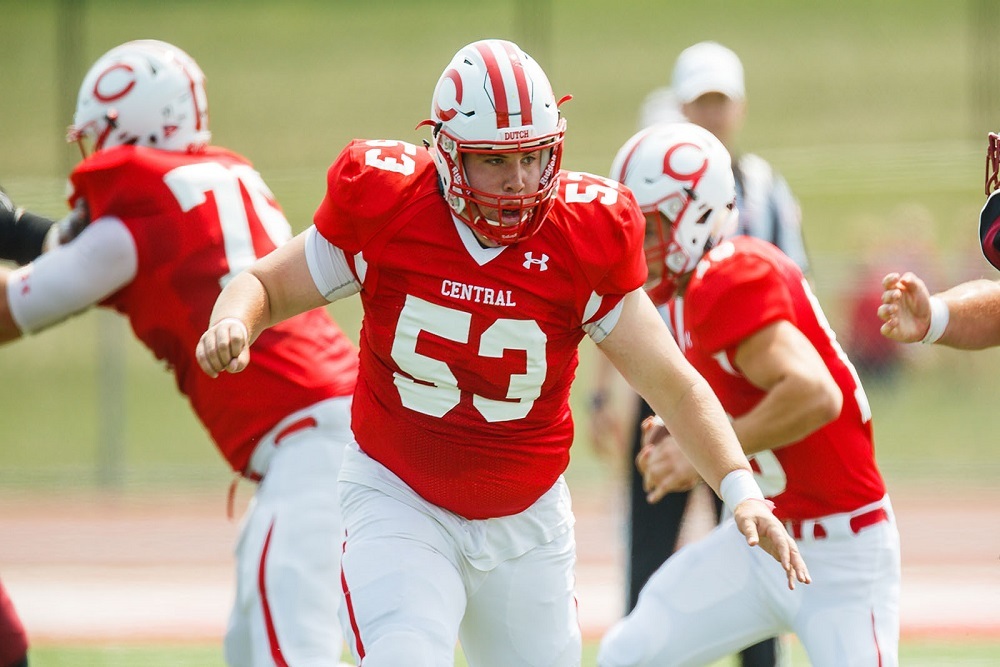 Central College issued the following announcement on May 20.

Continuing a tradition of international travel, the Central College football team departs Monday for a nine-day trip to Germany, Austria and Switzerland.

The Dutch will play an exhibition game next Friday night in Innsbruck, Austria against the Swarco Raiders Tirol, a top Austrian club team, at the Tivoli Stadium. The game will be streamed live at www.RaidersTV.at. The Raiders were formed in 1992 and have won the Eurobowl three times while claiming the Austrian Bowl five times, including 2015 and 2016. The club has a partnership with the NFL's Oakland Raiders. In 2016, the club defeated Elmhurst College (Ill.), 24-10 before dropping a 31-27 contest last year to Benedictine University (Ill.).

"They're pretty good," coach Jeff McMartin said. "They're well-coached and have some good players."

But football is not the focus for the trip.

The squad will spend time in Munich, the Dachau memorial and Neuschwanstein Castle in Germany before traveling to Innsbruck and then Interlaken, Switzerland, touring the Swiss Alps. The week is coordinated by Global Football, which organized Central's four most-recent international trips.

Central is sending a partial squad, with 42 players opting to make the trip.

"We've got a great group of guys going and with parents and coaches, we've got more than 80 people," McMartin said. "It should be a great adventure."

International travel is a Central football tradition, started in the mid-1980s by the late Ron Schipper, Central's hall of fame coach and a longtime ambassador for American football. Schipper spent several months coaching in Great Britain and also conducted clinics in Mexico and Australia. In 1985, he led a team of U.S. players, including seven from Central, on a three-week tour of Italy and England. Schipper was also the longtime U.S. coach for the Aztec Bowl in Mexico. A similar contest, the Tazon de Estrellas (Bowl of the Stars) is now held in Mexico each year and in December, Dutch defensive coordinator Don De Waard served as the American squad's head coach for the fifth time. Central athletic training program director John Roslien serves as the U.S. player personnel director for the game and Central's Frank Neu is the head athletic trainer.

"Traveling is something we've consistently done with this program, starting with Coach Schipper," McMartin said. "It's a part of the legacy of Central football."

The Dutch journeyed to Italy in 2007, 2011 and 2015 and previously traveled to Germany, Austria and Switzerland prior to McMartin's first season at Central in 2004. Players choose the destination, McMartin said.

Central is known for its robust study abroad program, launched more than 50 years ago. Some 56 percent of Central students have at least one study abroad experience before they graduate, far exceeding the national average of 14 percent.

The Dutch should see some benefits from the trip this fall as well, McMartin said.

"It's a chance to compete," he said. "We do get some additional practices with the players who are going so it's a chance to continue working on some things schematically in with skill development. And it's another bonding experience for the players."

The Dutch have captured 30 Iowa Conference championships and made 20 NCAA Division III playoff appearances. They're coming off a 7-3 season and a second-place Iowa Conference finish.