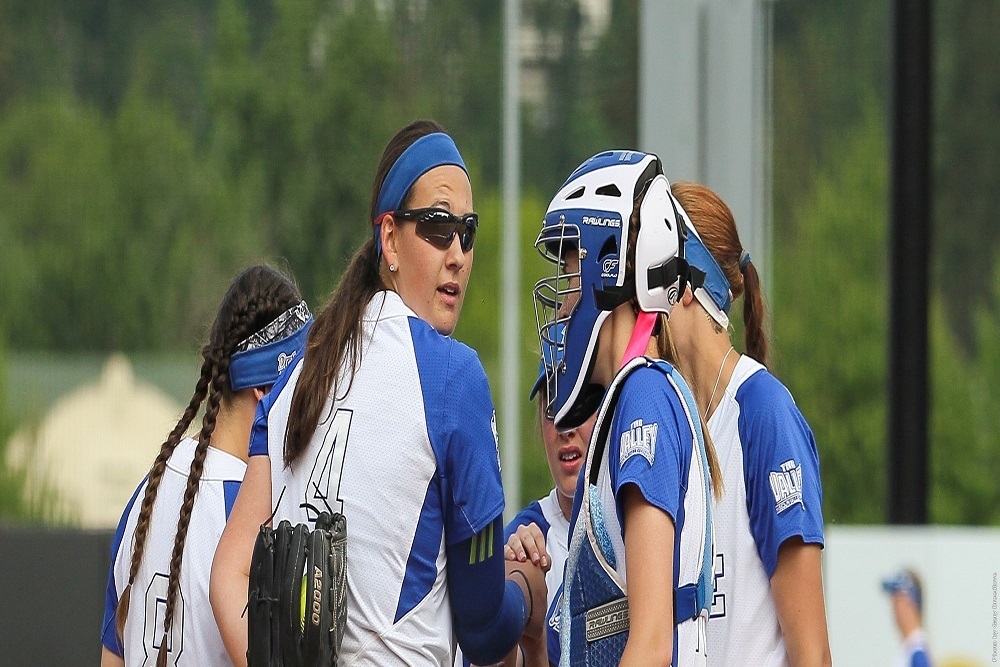 Drake University Athletics issued the following announcement on May 21.

Newman, who missed nearly all of 2017 due to injury, dominated in her return to the circle in 2018. She was named Missouri Valley Conference Pitcher of the Year for the second time in her career as she finished with a 22-5 record, an earned run average of 0.89 (2nd in nation) and 245 strikeouts. Newman, who threw three no-hitters during the season, including just the fourth-ever in the MVC Tournament, is No. 1 all-time at Drake and No. 7 in MVC history in career strikeouts with 800. She is tied for No. 2 all-time in career wins at Drake with 64. Newman was picked to the NFCA Midwest All-Region Second Team in 2015 and 2016 and is a three-time All-MVC First Team selection.

Roemmich, who was a 2017 NFCA All-Midwest Second Team selection, had a great sophomore season. She was the first the Bulldog to be named MVC Player of the Year and was selected to the All-MVC First Team. Roemmich led the team in batting average at.356, triples with two, doubles with 12, runs scored with 34 and hits with 64. She started every game at shortstop, hit her first career home run and drove in a career-high 23 runs. Roemmich, an excellent student, who holds a 4.00 grade point average in biology was the awarded the MVC Elite 17 award for having the highest GPA in the MVC championship game and was picked to the MVC Scholar-Athlete First Team. She and Newman were both tabbed to the NCAA Eugene All-Region team.

This is the first NFCA honor for Maddox, who batted.321 with four home runs, eight doubles and a team-high 30 RBI this season. She played in all 57 games with 55 starts at first base and finished second behind Roemmich in hits with 52. Maddox was named to the 2018 All-MVC First Team and to the MVC Scholar-Athlete First Team with Roemmich.

This is the first NFCA accolade for Smith who was a two-time All-MVC Second Team honoree. A two-way standout, she is a pitcher/utility player selection, who was 9-3 with the second-lowest ERA in the MVC behind Newman at 1.18 and was second in saves with seven. At the plate, Smith crushed a team-best five home runs along eight doubles and 24 RBI. She went 2-for-4 with a pair of RBI in NCAA Regional elimination game victory over BYU.

The 2018 NFCA Division I All-America teams will be announced at approximately 5 p.m. EDT on Wednesday, May 30, via NFCA.org.