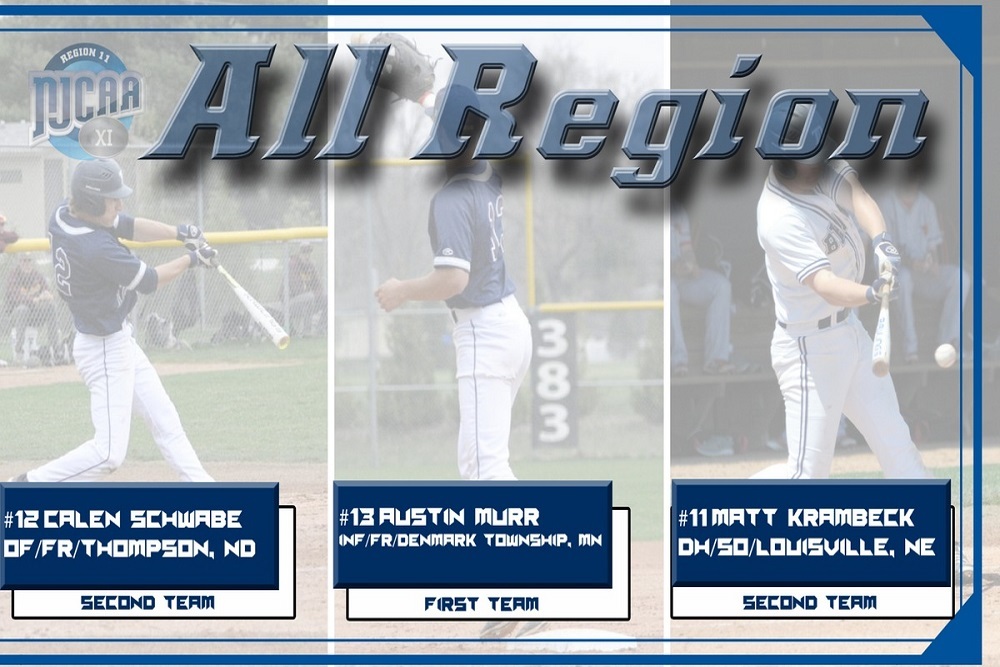 Murr led the Bears in hitting at.470 with 93 hits in 198 at-bats, finishing fourth in the Iowa Community College Athletic Conference (ICCAC). His hits included 22 doubles, six triples and five home runs. He finished second on the team in runs batted in with 52 and scored a team-high 65 runs. Murr had a.717 slugging percentage and a.531 on-base percentage.

Schwabe finished second to Murr in hitting with a.393 average. He had 70 hits in 178 at-bats, including six doubles and two home runs. Schwabe drove in 31 runs and scored 60 runs. Schwabe ended the season with a.449 slugging percentage and a.488 on-base percentage.

Krambeck batted.356 with 67 hits in 188 at-bats. He led the Bears in home runs with 13 and also hit 15 doubles and three triples. Krambeck drove in 59 runs and scored 45 runs. He ended the season with a.665 slugging percentage and a.419 on-base percentage.