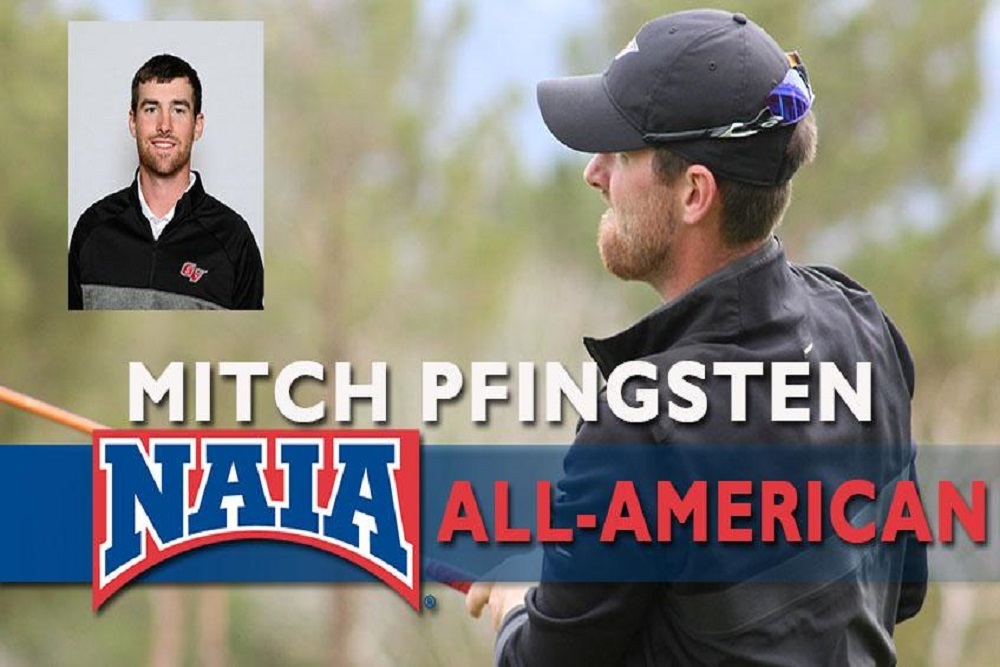 Grand View University issued the following announcement on May 25.

The All-American list was selected by the NAIA Men's Golf Coaches' Association All-America Committee. It consisted of three teams, with 15 individuals being named to each team. Of the 45 student-athletes that received recognition, there were 19 individuals that won their second-consecutive All-America honor. Pfingsten was one of those 19 golfers.

Pfingsten recently competed in the 2018 NAIA Men's Golf National Championship at TPC Deere Run and finished in 22nd-place. Pfingsten shot an overall score of 288 (75-70-74-69), which placed him at +4 for the tournament.

Pfingsten was joined on the All-America list by fellow Heart of America competitor Zachary Chegwidden of William Penn, who also made the 3rd Team. A full list of honorees can be viewed HERE.

Kyle Blaser of Oklahoma City was named the 2018 NAIA Men's Golf National Coach of the Year after leading his team to its national championship title.