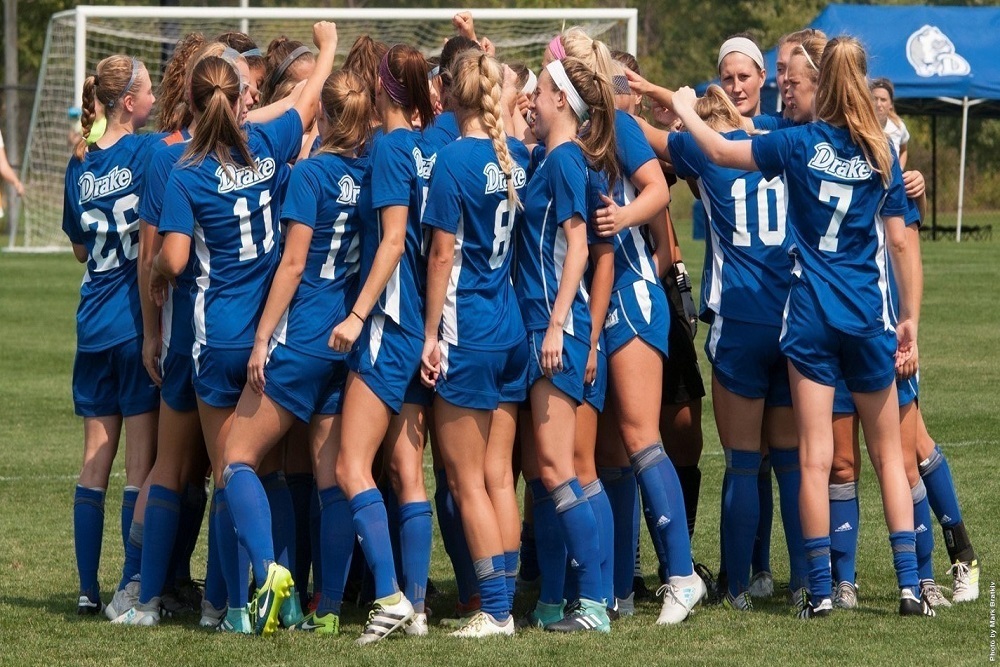 The Bulldogs return 19 student-athletes from last season's championship team, including 2017 MVC Freshman of the Year, Hannah Bormann (Amana, Iowa) and three-time All-MVC selection, senior Alyssa Brand (Skokie, Ill.). That group of 19 will be joined by nine newcomers for 2018.

"Our 2018 schedule tests us straight away with two exhibition matches against a pair of challenging rivals, Creighton and Iowa State, early in the preseason, Horner said. "We are in a unique spot having graduated seven players that were four-year letterwinners. We return some fantastic upperclassmen that will be responsible for leading the many talented underclassmen that will either step into new roles this season or join our program in August. Our spring was beneficial for gaining experience with players fulfilling new roles, now the exciting challenge for our staff and team is to expedite getting all eleven on the field to be on the same page on game day."

Drake hosts Marquette on Sept. 9 in the first of three straight matches at the Cownie Soccer Complex with South Dakota (Sept. 13) and Western Illinois (Sept. 16) the final two matches to complete the team's opening homestand.

After a visit to Omaha, Neb., to play Omaha on Sept. 19, the Bulldogs play seven MVC matches, starting Sept. 23 when they visit second-year league member, Valparaiso. It will be just the second trip by Drake to Valparaiso, Ind. and the first since the program's inaugural season of 2002.

The Bulldogs welcome Illinois State on Sept. 29 in their first MVC home match. The rest of the conference slate, includes home games against Evansville (Oct. 13) and Missouri State (Oct. 25) and road matches at Loyola (Oct. 6), UNI (Oct. 17) and Indiana State (Oct. 21). The match against the Bears, the 2017 MVC Tournament champions, concludes the regular season.

Drake's first exhibition contest is at Creighton on Aug. 8 before it hosts in-state rival, Iowa State on Aug. 11 at Cownie in the final preseason competition.

The 2018 MVC Tournament begins with on-campus games on Oct. 28 before the semifinals (Nov. 2) and championship (Nov. 4) are hosted by Loyola at Rambler Park for the first time.

"Looking at our non-conference schedule, we have matches against Marquette of the BIG East and Kansas State of the Big 12, and numerous matchups that I believe will prepare us for the MVC season," Horner said. "I sense there will be a battle among the league not only for the Valley title, but also to get into the MVC Tournament. We'd like to be in a position to defend our title, but that will only be a byproduct of our commitment to maximizing opportunities for growth prior to our first Valley game at Valparaiso. I am really excited to announce our fall schedule and to be a part of the next wave of Drake soccer that includes different names in the headlines, returners transitioning from role players to stakeholders of our program, and coaching our newcomers to success in their first year. This will be a season of transition, but one that I optimistically anticipate."