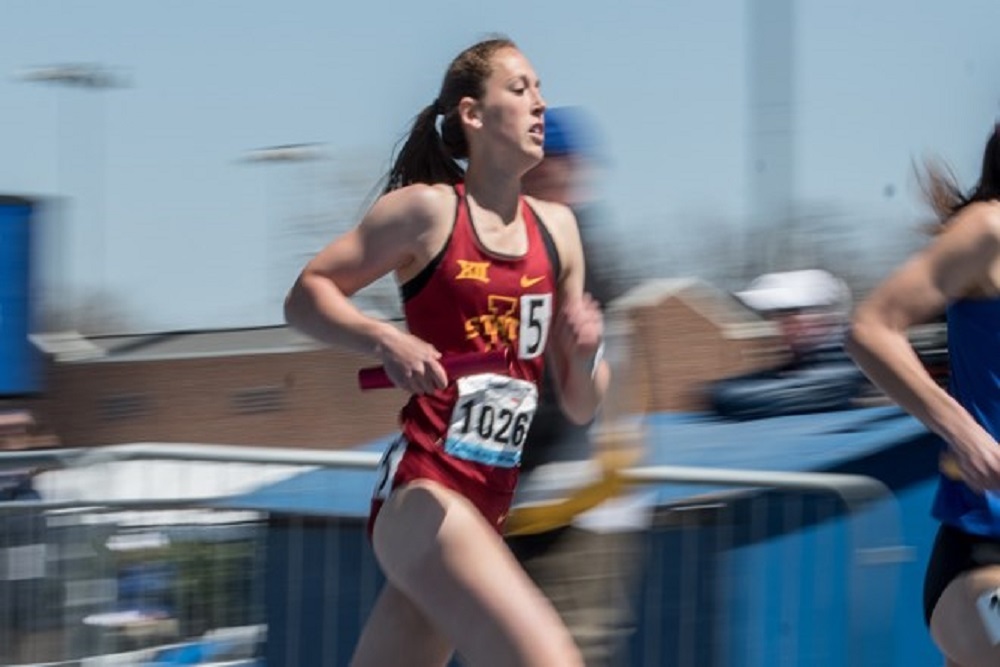 The Iowa State women's track and field team begins its NCAA Outdoor Track and Field Championships on Thursday at Hayward Field in Eugene, Oregon. Iowa State will be represented by Jhoanmy Luque in the long jump and triple jump, and Jasmine Staebler in the 800-meter run.

The women's track events will take place on Thursday and Saturday. Wednesday competition on the track begins at 6 p.m. Central on ESPN2, and on Friday at 5:30 p.m. Central. on ESPN. All competition, including field events and multi-events, will be streamed on ESPN3 and WatchESPN. To see ESPN's full broadcast schedule, click here.

Live results will be provided by Flash Results, here.

The end of one of the greatest Iowa State track and field careers in program history will occur this weekend in Eugene for Luque. A 10-time All-American and six-time Big 12 champion, this is the third-straight season that Luque has made it to Hayward Field in both the long jump and triple jump. Last season, she finished fourth in both events. Luque will do the long jump at 7:30 p.m. Central on Thursday, and the triple jump at 5:40 p.m. on Saturday.

Staebler has been in very strong form in the 800-meter run, advancing to Eugene in the half-mile for the second-straight season. A three-time All-American, Staebler will run her prelim on Thursday at 7:44 p.m. Central Time. A familiar face will be joining her in heat three in Big 12 outdoor 800 champ Aaliyah Miller of Baylor. Among season bests in Staebler's heat, her 2:03.71 is the third-fastest, but all but one of her competitors have gone below 2:04 this year at 800.