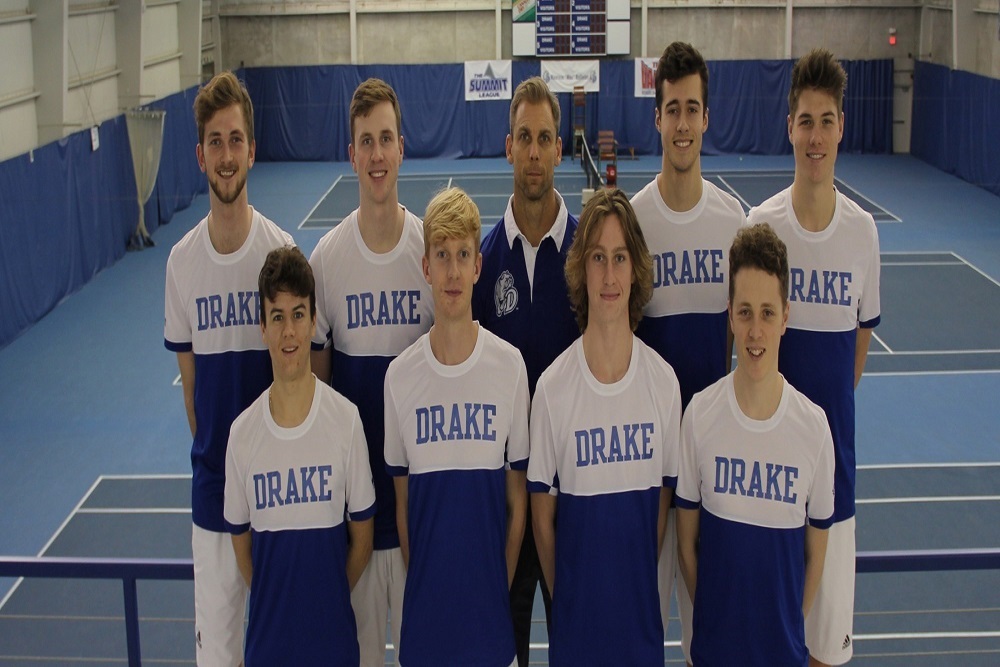 The Drake University men's tennis team will travel to NCAA Regional host Oklahoma for the first round of the 2019 ITA Kickoff, the ITA announced June 6 following an online draft.

The Bulldogs, who are the reigning Summit League champions, will face the Sooners on Saturday, Jan. 26, in Norman, Okla. The following day Drake will face either Vanderbilt or Notre Dame.

"This four-team group will be especially challenging, but we are familiar with Oklahoma and Vanderbilt as we played the Sooners in the regular season this past season and faced off against Vandy in the first round of the NCAA Championship.," said Drake head coach Davidson Kozlowski. "We are returning nearly everyone from this year's roster and will be very much looking forward to the opportunity and see what our squad of upperclassman are capable of."

Oklahoma ended the season ranked No. 16 in the nation after falling to Minnesota in the NCAA Regional finals and finishing with 20 wins.

Vanderbilt finished the 2018 season ranked 21st in the nation while Notre Dame was 26th.

"It's great to be a part of the ITA Kick-off again," Kozlowski said. "This is the seven-straight year we have been included in this event and it is always great to see where we are at to start the season against some of the top teams in the country."