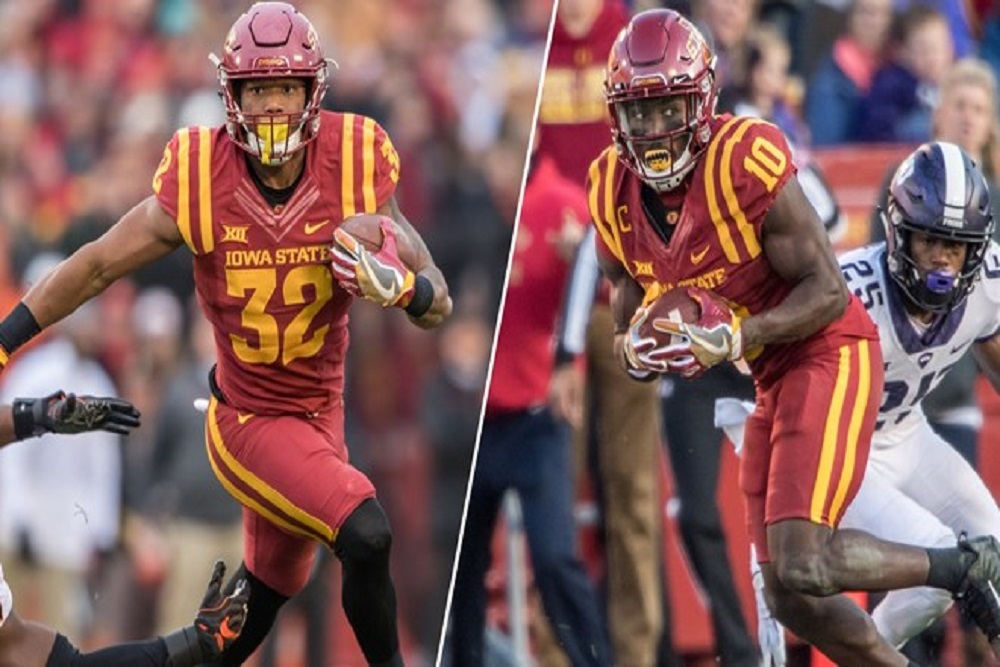 Peavy was listed on the third team and Montgomery was a fourth-team choice.

A senior from Houston, Texas, Peavy enters his final Iowa State campaign as the active team leader in tackles (232), pass breakups (30) and interceptions (5).

Peavy was a Second-Team All-Big 12 selection in 2017, leading the team in takeaways (4) and ranking third in tackles (88). He also led the team and ranked 25th nationally in fumbles recovered (2).

The lockdown corner, who has 34 career starts, is the NCAA active leader in career passes defended with 35.

The Cincinnati, Ohio native was one of the toughest backs to bring down, forcing 109 missed tackles to earn First-Team All-American honors by Pro Football Focus and First-Team All-Big 12 accolades.

He also proved to be a threat as a pass-catcher, ranking fifth on the team in receptions with 36, the second-best season total by a Cyclone back in school history.

Montgomery will enter his junior year with 1,709 rushing yards, eight 100-yard rushing games, 49 receptions and 425 receiving yards in his career.