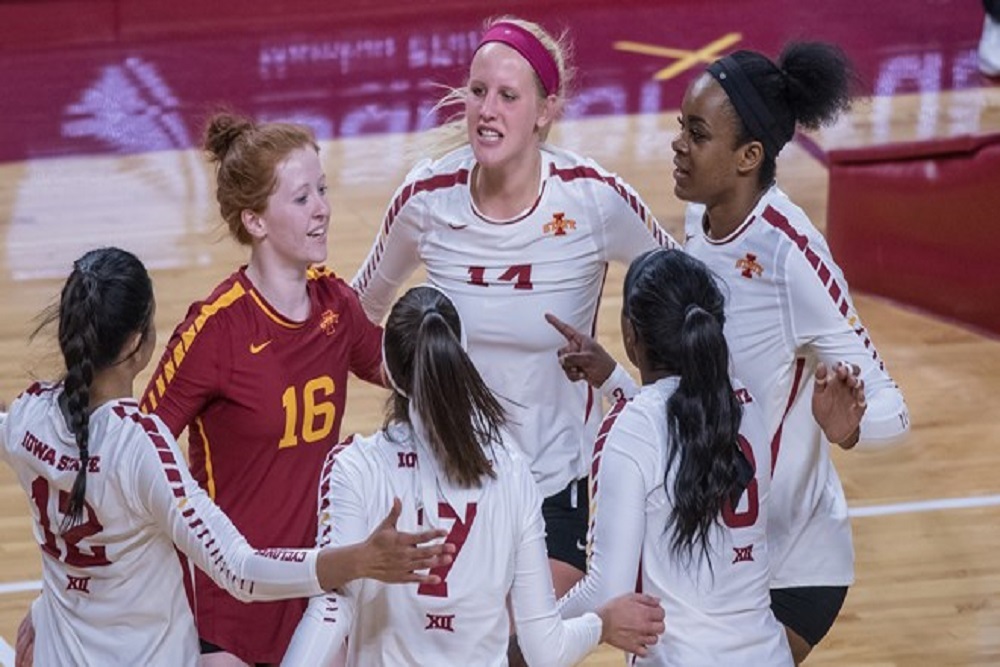 This is the first time the Cyclones have had at least three representatives on the All-Big 12 Preseason Team since 2013, when Mackenzie Bigbee, Kristen Hahn and Victoria Hurtt were chosen by the coaches.

Hillegas, from Charles City, Iowa, was an AVCA Honorable Mention All-American and All-Big 12 First Team selection and the Big 12 Libero of the Year. She led ISU and the Big 12 with her 5.60 digs per set, posting at least 10 digs in every match in 2017 and 13 matches with at least 20 digs.

Schaben, from Definace, Iowa, was also an AVCA Honorable Mention All-American and All-Big 12 First Team honoree in 2017. She led Iowa State with 338 kills at 3.31 per set, while ranking second on the team with 312 digs at 3.06 per frame, becoming the first Cyclone since 2011 to have a 300-kill/300-dig season. Schaben will be part of the USA Volleyball Collegiate National Team which will compete at the Global Challenge in Pula, Croatia in July.

Lazard, from London, earned her first career All-Big 12 Preseason nod. The senior finished 2017 with 2.41 kills per set at a.279 hitting percentage while leading the Cyclone frontline with 121 blocks at 1.19 per set.

The 2018 Big 12 Preseason Poll will be announced on Thursday.

The 2018 Iowa State volleyball season will begin on Friday, Aug. 24 at Hilton Coliseum when the Cyclones host Ole Miss as part of the Cyclone Invitational.