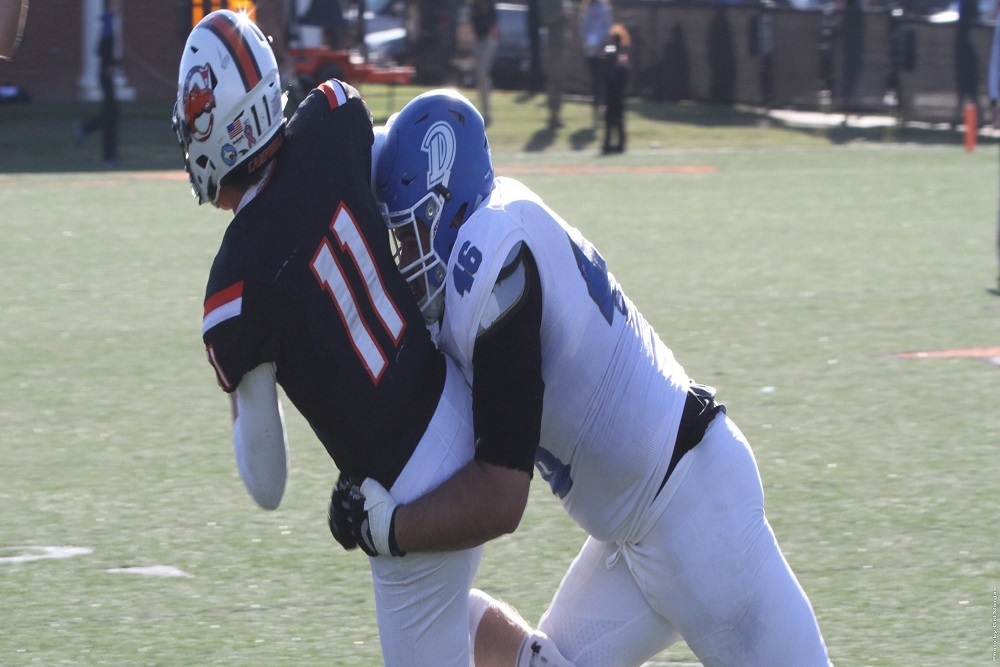 The Allstate AFCA Good Works Team® has been one of the most esteemed honors in college football for more than 25 years. The student-athletes who are nominated for this award not only demonstrate a unique dedication to community service and desire to make a positive impact on the lives around them, but they also show tremendous perseverance as well as the ability to overcome personal struggles and come out victorious against all odds.

Clayberg, a finance and accounting major, has graciously given his time to a wide range of community service projects thought his Bulldog career. He has founded Unite, which is a group that focuses on raising up and empowering young leaders to have dreams to do big things; as well as Next Step Moving Company, which is a for-profit moving company that exists to funnel money to non-profit organizations. Clayberg has also served the Blank's Children Hospital, Special Olympics, Night of Starts and the Drake Football Reading Program.

Clayberg is a two-time All-PFL selection and CoSIDA Academic All-District honoree. He was also named First Team CoSIDA Academica All-America last year. On the field, he recorded 44 tackles with five tackles for a loss and 2.5 sacks last season.

After the final team members are announced in September, college football fans can visit the Allstate AFCA Good Works Team® official page on ESPN.com to view profiles and images of the players and honorary head coach, and vote for the 2018 Allstate AFCA Good Works Team® Captain. Fans are also encouraged to follow along and join in on the conversation by searching and using #GoodWorksTeam on their social media channels throughout the season.

The following players have been nominated for consideration to be named to the 2018 Allstate AFCA Good Works Team®:

The College of Wooster – Hunter Coia

University of Minnesota-Crookston – Will Cross

The Allstate AFCA Good Works Team® was established in 1992 by the College Football Association, recognizing the extra efforts made by college football players and student support staff off the field. AFCA became the governing body of the award in 1997 and continues to honor college football players who go the extra mile for those in need. Allstate worked to present the award starting with the 2008 season.

The AFCA was founded in 1922 and currently has more than 11,000 members around the world ranging from the high school level to the professional ranks. According to its constitution, the AFCA was formed, in part, to "maintain the highest possible standards in football and in the coaching profession" and to "provide a forum for the discussion and study of all matters pertaining to football."