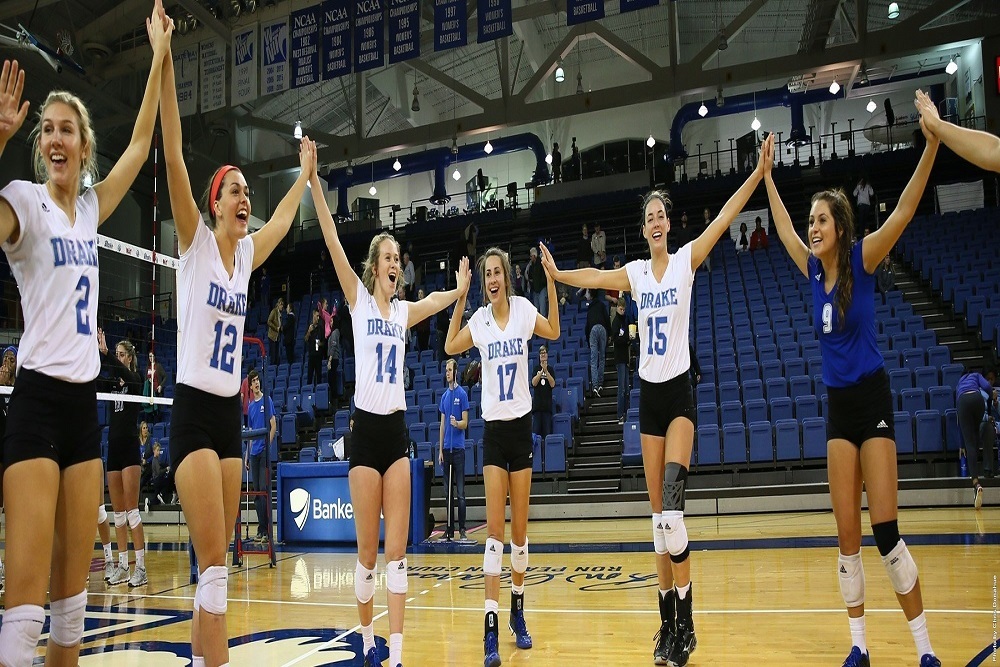 The Drake University volleyball team recorded one of its best seasons both on the court and in the classroom in 2017. As a result, the Bulldogs earned an American Volleyball Coaches Association (AVCA) Team Academic Award from the national organization.

The Bulldogs were one of 163 NCAA Division I team to earn the honor and helped the Missouri Valley Conference be one of the most well-represented leagues in the nation with eight of the MVC's 10 programs earning the honor.

The award, which was initiated in the 1992-93 academic year, honors collegiate and high school volleyball teams that displayed excellence in the classroom during the school year by maintaining at least a 3.30 cumulative team grade-point average on a 4.0 scale.

The honor marks the third time in the last four seasons Drake has earned a Team Academic Award and the sixth time in program history.

The academic accomplishment came during a season in which the Bulldogs made history with their first Missouri Valley Conference Tournament appearance since 2010. In addition to the MVC Tournament berth, the team's 23 wins were the third most in program history and most since 2010. Also, the team's 12 conference wins were the second most by the program in an 18-game MVC schedule. The Bulldogs also earned a pair of first-team all-conference selections, the first time the program had accomplished that feat since 1996.

The 2018 Bulldogs aim to build off that success when they open the season in Texas at Sam Houston State, August 24-25.