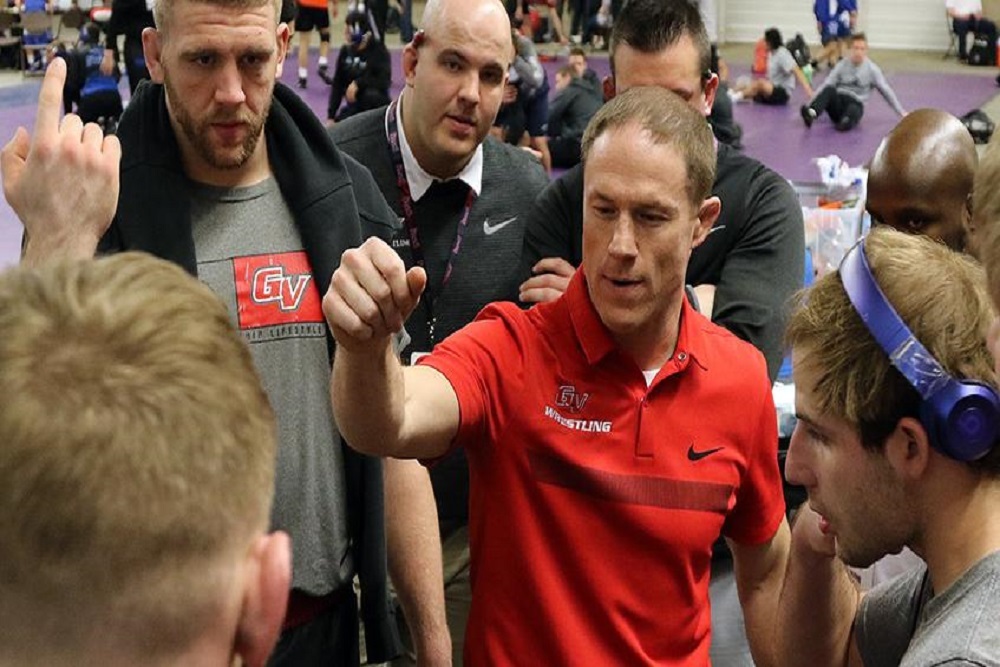 The CEO Leadership Academy, which celebrated its 10th year of existence after its creation in 2009 and touts over 550 completers, consisted of 10 online educational modules that addressed general concepts that are important to know when developing an educationally based intercollegiate wrestling program. An in-person workshop was also administered whereby coaches, like Mitchell, worked with their peers to adopt the general concepts to meet the unique needs on their campuses.

The Leadership Academy curriculum is the result of a collaborative effort with Dr. Dan Gould of Michigan State University, a renowned leadership expert. The academy aims to promote and strengthen CEO leadership skills, align wrestling programs with similar educational values and insulate current programs from being eliminated.

Most recently, Col. Gray has taken over as the Commanding Officer of the 6th Marine Corps District (MCD) Recruiting Command which today encompasses the eight southeastern states of Tennessee, the eastern portion of North Carolina, South Carolina, Georgia, Alabama, Florida, Mississippi, and Louisiana as well as Puerto Rico and the Virgin Islands. Its primary mission is command and control of recruiting within the southeastern United States. which is based out of Parris Island, S.C.

Prior to this command, Col. Gray was commissioned in 1993 and in his twenty-five years in the US Marine Corps, he has served in various division level billets while being an Officer-in-Charge in Bosnia and the Mediterranean. Gray was a Platoon commander and has held multiple Commanding Officer (CO) positions including a stint leading the Recruiting Station Fort Worth. While in Fort Worth, the Station under his command won the Commandant's Superior Achiever aware each year. Following his time as the Commanding Officer of the Marine Aviation Logistics Squadron 40 in Afghanistan, Col. Gray attended the United States Naval War College.

Joining Col. Gray as a keynote speaker is Convention and Leadership Academy veteran and Cornell head wrestling coach Rob Koll while First Nonprofit Foundation CEO Joe Geiger will also make a return appearance. Geiger is the current Secretary of the NWCA's Board of Directors. With 44 years of experience in the fields of education, human resources and non-profit and association management, Geiger is also an inductee into the Pennsylvania Association of Nonprofit Organizations Emeritus Society. Currently the President and CEO of First Nonprofit Foundation, Geiger has also served as adjunct faculty at Duquesne University in Pittsburgh, teaching Leadership and Organizational Business Ethics. Koll has led Cornell to 19 Ivy League titles, including the last 16 in a row. Under Koll's tutelage, the Big Red have crowned 15 individual NCAA champions and 67 All-Americans. He's served as a past President of the NWCA as well.

Following the Academy, the 2018 NWCA Convention will kick off and include three dynamic keynote speakers; Andy Barth, Joe Savino, and Austin Shanfelter. The convention will offer over 20 hours of education time including coaching development presentations, technique session, panel discussions and growing wrestling forums. In addition, there will be a trade show with over 35 of the leading companies in wrestling. For the full schedule, the complete list of presenters and how to register, please visit the NWCA website at the link below.