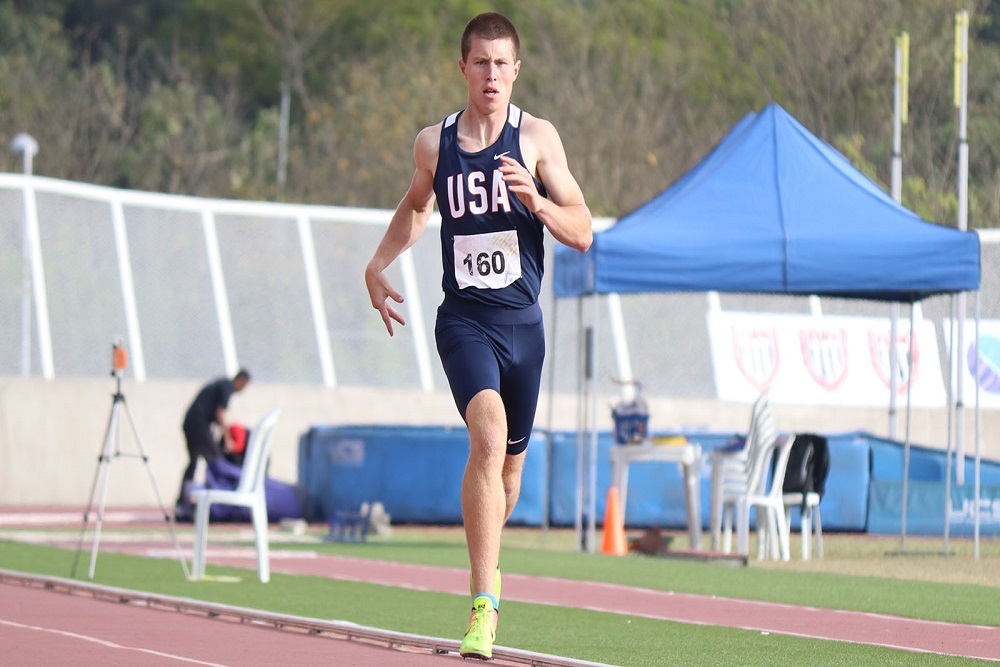 While in Brazil competing at the FISU America Games last month, former Central College men's distance runner Mark Fairley made memories both on and off the track.

Sanctioned by the International University Sports Federation (FISU), the American Games are held in even numbered-years for North American and South American nations. This year's version featured 1,200 athletes from over 20 participating countries in 13 sports.

On the track, Fairley had not raced competitively since the NCAA Division III Championships at the end of May. In his marquee event, the 3,000-meter steeplechase, Fairley was fourth in 9 minutes, 40.15 seconds. Daniel Reyes Morales of Mexico was the winner in 9:11.12. He also placed fifth in the 1,500-meter run in 4:04.76 while Michael Alba Jofre of Chile was the winner in 3:54.53.

"The competition was really good," Fairley said. "At this point in the year, I am in the summer and just finished my season. Most of them are in the winter and in the beginning of their season. The other competitors all had similar PR's, but they just happened to be in a little bit better shape because they had probably gotten better training over the previous month."

The international nature of the event allowed Fairley to rub shoulders with athletes from other countries such as Argentina, Brazil, Canada, Colombia and Uruguay.

Service work also featured prominently on the week-long trip as the USA Track and Field team helped put together a mini-Olympics for Brazilian school children. The event was organized to lay the groundwork for the planting of a church in the area.

"There was a lot of opportunity to share my faith in Jesus Christ with people from other countries as well as my American teammates," Fairley said. "God showed me the importance of trusting in him no matter what life throws at me.

"I was in charge of one of the soccer stations. It was like teaching a physical education class, which my education and student teaching experiences at Central prepared me well for."

Speaking through a Portuguese translator at local schools while promoting the event, Fairley also answered questions about life in the United States and played soccer with the children.

Despite the short duration of the trip, the experience made an impact on Fairley.

"I hope and pray that I was an encouragement and joy to the school children of Brazil, because I know they were for me," he said.

Fairley begins a two-year stint as a graduate assistant coach with the cross country and track and field programs at Liberty University (Va.) this fall.