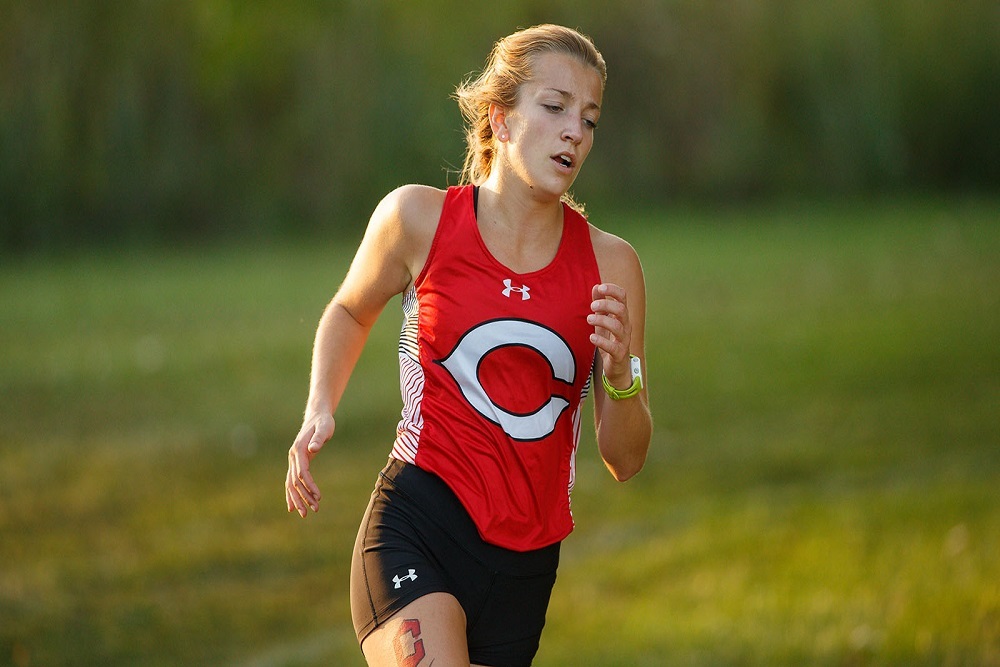 On paper, nothing has changed, but coach Joe Dunham sees 2018 as the dawn of a bright new era for the Central College women's cross country program.

Dunham, one of Central's most highly decorated coaches with 11 conference coach of the year awards in cross country and track and field, is in his 11th year as men's and women's cross country coach. But in recent years, most of the training for the women's squad was led by former part-time associate head coach Stephen Fyfe, who helped provide leadership for 20 seasons.

"Stephen has played an enormous role in the development of our cross country program," Dunham said. "He has been a true mentor of mine and I have learned from his experience and knowledge of our sport. His legacy will surely live on in our program"

Now Dunham is giving up his duties as men's and women's track and field coach to focus on the Dutch distance program. He'll play a direct role in guiding the cross country teams.

"The distance program just needs more attention," Dunham said. "I'm extremely excited about this opportunity. We have a lot of work to do but I'm really excited about the leadership we have and who we have coming in.

"We're kind of starting over, but I think we've got a good framework to build the program."

It's a program that captured the first-ever NCAA women's championship, the 1981 Division III crown, and enjoyed subsequent success, but is coming off a sub-par fifth-place Iowa Conference finish. Central was 15th in the 32-team NCAA Division III Central Regional meet. Yet Dunham is eager to build a national contender once again.

The Dutch start with five of last year's top seven runners back. But the two at the front of the pack, NCAA meet qualifier Holly McKinney and Evie Kammeyer, have graduated.

However, Central does return an expected leader, senior Rachel Peter, who missed much of last season with injury. She was the team's No. 2 runner if the season's first two meets, before being sidelined in October and November. Peter was 15th in the 2016 Iowa Conference meet, securing all-league distinction, and was the team's MVP as well that year.

Peter is serving as a co-captain for a second time, along with junior Lauren Moll. Last year Moll was Central's No. 3 runner at the conference and regional meets. She was 22nd in the league in a career-best 24:02 over 6,000 meters.

"They are the perfect captains that a coach would want as we go through this transition," Dunham said.

"Rachel should be one of our top runners. She's coming off a tough injury from last year but she's had a great summer and should be ready to go. Lauren is extremely competitive and a really hard worker. Every time she runs, she gives it her all. She's the kind of example we need for our women's program."

Murray, who turned in a career-best 25:31 at the regional meet, missed the spring track and field season while studying abroad.

"She'll for sure be a contender," Dunham said.

"Ashley is coming off a great year," Dunham said.

Henning's 25:50 effort at the regional meet was 13 seconds faster than her showing at the conference meet, where she placed 80th.

"Savanna has dealt with a lot of injuries but has a great shot," Dunham said.

Roberts ran 25:31 at the Tori Neubauer Invitational in Wisconsin.

"Sarah is an extremely talented runner," Dunham said. "She's had some bad injuries so, again, depending on her health, has a really good shot to be in the top seven."

The returnees will have plenty of competition. Juniors Carly Klavins, Sarah Salas and Sarah Steffensmeier are among the top contenders.

"Carly Klavins has a really good shot," Dunham said. "I think Sarah Salas is one of the most improved distance runners on the team. Her outdoor track season was fantastic and she's had a great summer. And Sarah Steffensmeier is extremely talented. She's battled a lot of injuries but if she can be healthy, I think she's got a good shot of being in the top seven."

Another junior could give the Dutch a boost. Anna Roslien lettered as a freshman in 2016 but didn't compete last year.

"She's dealt with knee injuries," Dunham said. "But she's continuing to develop. She's an extremely hard worker. She's exactly the kind of runner we want in our program."

"I think they're hungry and they're ready for the college level," Dunham said. "The summer training they've been doing has been challenging but good. They're going to have an opportunity to make that top seven."

Wartburg and Nebraska Wesleyan are the favorites in the newly named American Rivers Conference, Dunham said. Initially complicating Central's rebuild will be an adjustment to the training program Dunham is implementing.

"Obviously we have a long way to go in terms of competing for a conference championship, which is always going to be the goal," he said. "We've got a lot of work to do. So we want to just compete with our peers and finish as high as we can. I'm not really sure what to expect. How the runners adapt to the training will determine how we move forward."

But while Dunham is focusing on this year's squad, he's also eyeing the program's future.

"We have a very young team and we'll probably be young for a while as we bring in recruiting classes each year and bring in the type of runners we're looking for," he said. "We've got a great framework and a group of young women who are excited to work hard moving into this new chapter of women's cross country at Central."