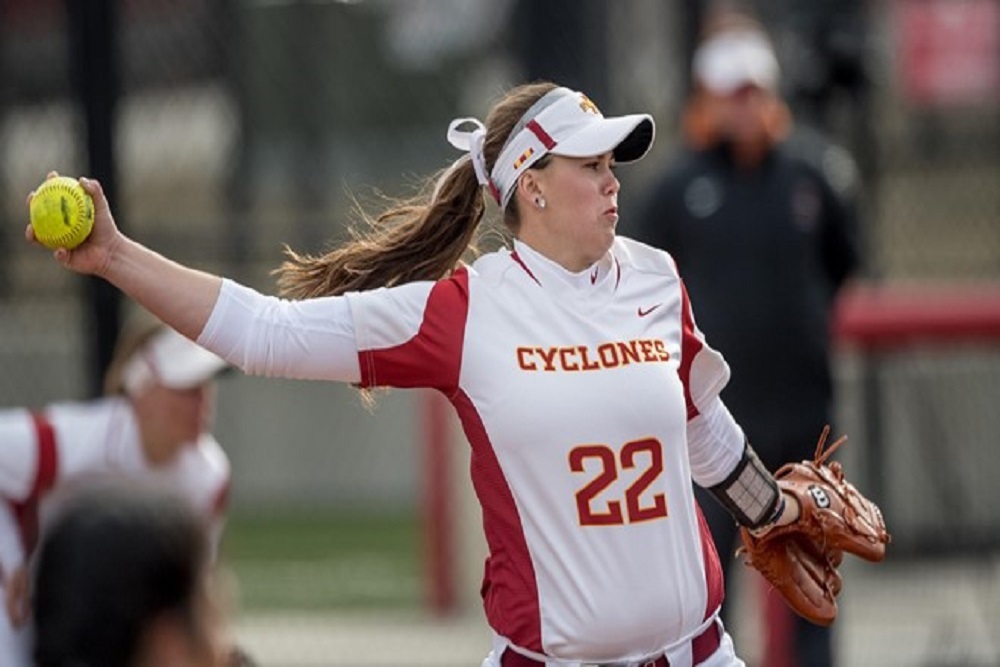 The Iowa State pitching trio of Savannah Sanders, Emilie Guerra and Emma Hylen combined for a no-hitter on Sunday as the Cyclones opened their fall schedule with a 4-0 win over DMACC. Lead-off hitter Sami Williams went 3-of-4 at the plate and scored a pair of runs, and Iowa State cruised to victory behind an outstanding day from its pitchers.

The Cyclones racked up 11 base hits on the day and book-ended the contest, scoring a pair of runs in both the first and seventh innings. Sally Woolpert and Taylor Nearad each notched RBI base hits in the bottom of the first inning, scoring Williams and Stites, respectively.

Iowa State's bats continued to pop as the game progressed, but the Cyclones were unable to scratch out any more runs until the seventh frame. The top of the order came through once again, with Williams ripping a lead-off double. Stites followed with an RBI base hit, and Kelsey McFarland scored later in the inning to extend the advantage to 4-0.

The first game of the fall schedule allowed Jamie Pinkerton to test his depth, as 15 different Cyclones got plate appearances on the day, including six true freshmen.

Senior Savannah Sanders got the nod in the circle for Iowa State, throwing two flawless innings to open the contest. Pinkerton then went to freshman Emilie Guerra, who showed flashes of promise in her 3.0 innings of work, giving up no hits and no walks while facing 10 DMACC batters. Emma Hylen entered to close the deal in the final 2.0 innings, putting a punctuation on the no-hitter with a strikeout in the top of the seventh.

Iowa State will travel north to Madison, Wis. to take on Wisconsin on Saturday. A doubleheader between the Cyclones and Badgers will start at 1 p.m. CT.