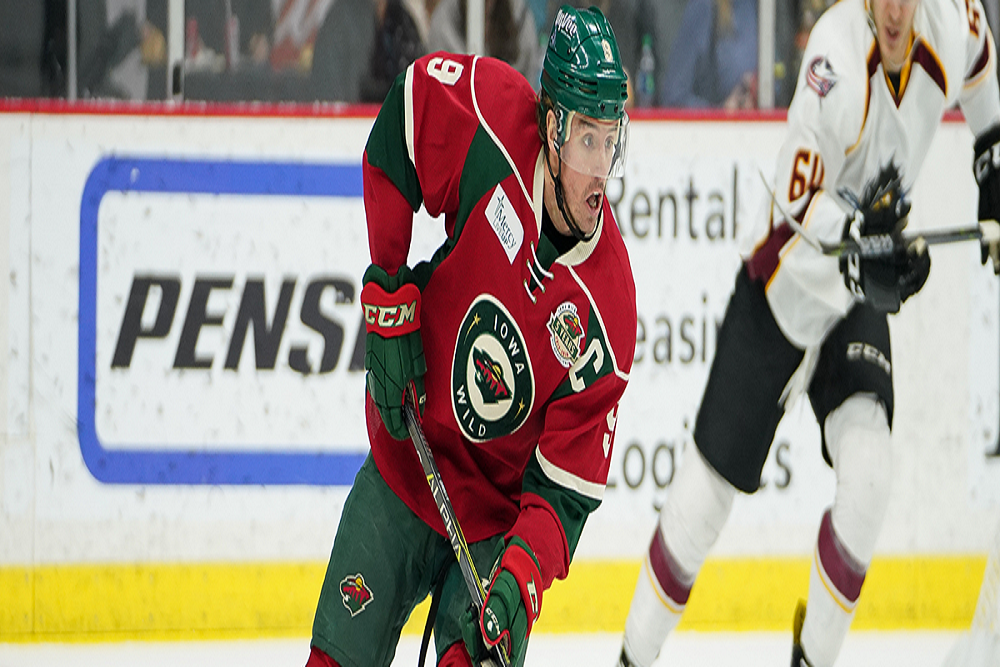 Iowa Wild announced management has selected forward Cal O’Reilly as the team’s captain for the 2018-19 season. O’Reilly will serve as captain for the second consecutive season, becoming the first player in Iowa Wild history to hold the title of captain for more than one campaign. Forwards Mike Liambas and Matt Read were selected as alternate captains.

This year marks the fourth season O’Reilly has been named captain, as he was the leader of the Rochester Americans in 2015-16 and the Utica Comets in 2014-15.

Liambas, 29 (2/16/89) signed a two-year, two-way contract with Minnesota on July 1, 2018 and enters his first season with the Wild organization. Liambas is nearing his 300th AHL game and was previously an assistant captain with the Milwaukee Admirals in 2016-17.

Read, 32 (6/14/86) spent eight seasons with the Philadelphia Flyers organization before joining the Wild on July 30, 2018, when he signed a one-year, two-way deal. Read was named captain of the Des Moines Buccaneers of the USHL during the 2006-07 season.

Iowa Wild opens the season tonight against the Manitoba Moose at Wells Fargo Arena. Puck drop is scheduled for 7:00 p.m. The first 1,500 fans will receive a souvenir cup, which features a 2018-19 season schedule and graphics.

The Iowa Wild 2018-19 season is presented by Mercy Medical Center and runs from October through April. Iowa Wild’s Opening Night will take place on October 5. For more information, please contact the Wild office by calling 515-564-8700 or by visiting www.iowawild.com.