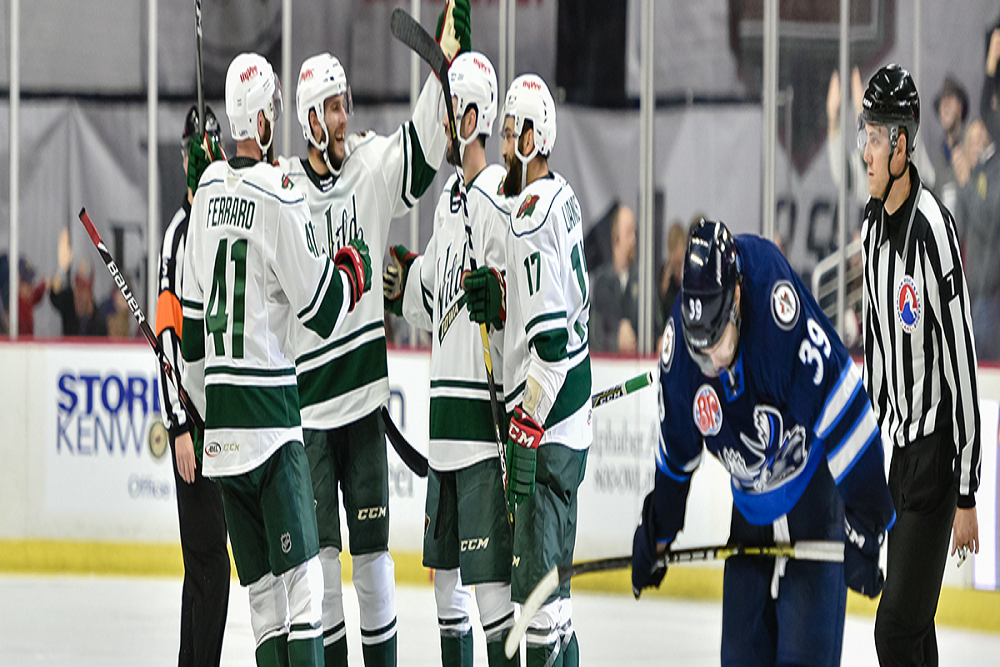 Getting the starting nod was newly signed goaltender Andrew Hammond (21 saves), who made his 100th AHL appearance in the contest.

The first period saw neither team find the back of the net, while Iowa outshot Manitoba 6-5. The first period also saw seven penalties called, with Iowa being whistled for four and Manitoba for three.

The penalties continued in the second, as both teams saw a penalty called within the first seven minutes. But Iowa took advantage first, as forward Gerry Fitzgerald jumped out of the box following a successful kill and engaged in a 2-on-1 with forward Gerry Mayhew. Mayhew hit Fitzgerald with a cross-ice pass, and Fitzgerald blasted a one-timer past Manitoba goaltender Eric Comrie (23 saves) to give the home squad a 1-0 lead at 9:08 in the second period.

Manitoba answered in the dying seconds of the middle frame, as forward CJ Suess managed to shoot a puck past Hammond to tie the game at 1-1. Earning assists on Suess’s tally at 19:45 in the second stanza was forward JC Lipon and defenseman Tucker Poolman.

Special teams proved to be the X-factor in the third period, starting with a shorthanded goal by Iowa forward Kyle Rau. Picking up the puck in the neutral zone, Wild forward Justin Kloos drove to the front of the net before sending a shot Comrie’s way. Comrie made the save, but the rebound went directly to Rau. Crashing the net, Rau slammed the puck into the open cage to give Iowa a 2-1 lead at 8:43 in the third period.

Eight minutes later, the Wild doubled its lead thanks to a power-play goal from forward Landon Ferraro. Standing on the half-boards, forward Matt Read directed a pass to defenseman Ryan Murphy at the blueline, who ripped a shot on net. Ferraro’s attempt to deflect the puck past Comrie was thwarted, but he picked up the rebound and snuck it past Comrie’s outstretched leg for Iowa’s third goal of the game, coming at 16:38 in the final frame.

With the game winding down, Murphy clinched the opening night victory with an empty-net goal, scoring from the Wild’s own defensive zone as he lofted a backhanded shot all the way down the ice. Murphy’s unassisted goal came at 19:18 in the third period.

At the final horn, Iowa skated away with the 4-1 victory and outshot Manitoba 27-22. Iowa went 1-for-3 on the power play and killed all seven of its penalties.

Iowa and Manitoba faceoff again Sunday afternoon at Wells Fargo Arena for Kids Opening Day. Puck drop is at 3:00 p.m. and the game will activities specifically designed for Wild fans of all ages.