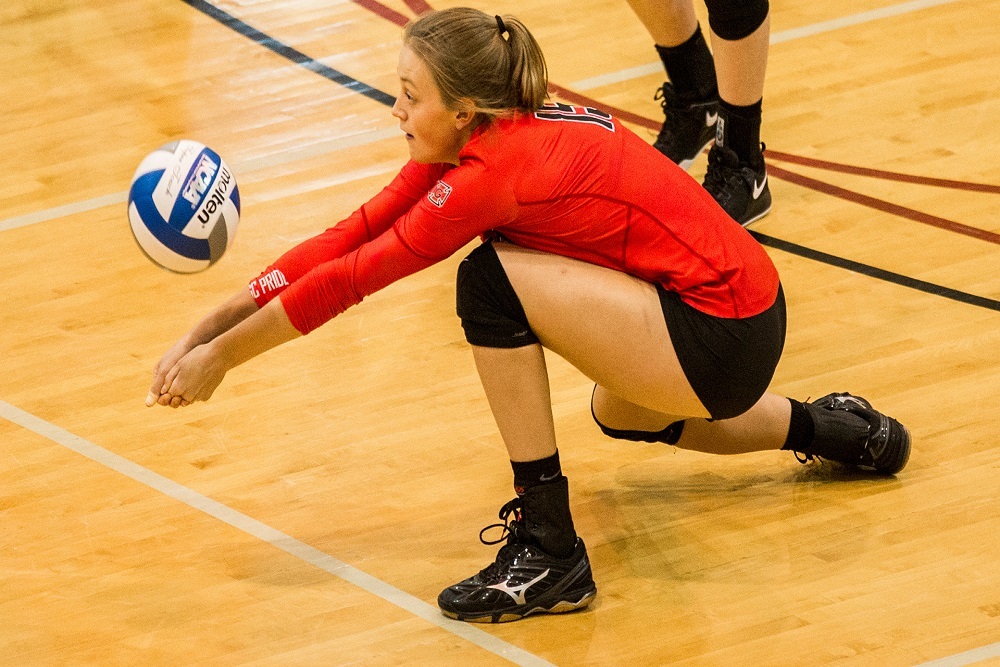 Grinnell is still in the thick of the Midwest Conference Tournament race with a 5-2 league mark and 14-13 overall record. Cornell remained unbeaten in the league at 7-0 and is 12-8 overall.

Cornell got out to an 18-13 lead in the first set before Grinnell made a run, coming within 20-19 on Julia Welch's '22 serve. But the Rams stopped the rally to secure the win.

The Rams scored the first five points of the second set and built the margin to 16-9, but Grinnell refused to go away. Trailing 17-11, the Pioneers went on a 7-1 run to tie the contest. Alissa Johnson '20 had a four-point service run and Kuhn pounded down two kills to help Grinnell make it 18-all. Cornell scored three points in a row, but twice the Pioneers rallied to within a point when an attack error by the Rams made it 23-22 and kill by Willhardt made it 24-23. But the Rams followed with a point for the win.

Cornell opened up an 18-7 lead in the third set before Grinnell came back, closing within 23-18 on a kill by Lowrey. But the Rams rebounded to win the set and match.

Several Pioneers have moved into the program's season all-time list. Smith has 445 digs this year, fifth-best at Grinnell, and Roth's 935 assists rank eighth. Kuhn and Lowrey are ninth in kills and aces with 382 and 46, respectively. As a team, Grinnell's 205 aces this season ranks eighth all-time and 1,166 kills and 1,096 assists both rank ninth.

Grinnell has a pair of key MWC home matches this weekend, beginning with St. Norbert College at 7 p.m. Friday in Darby Gymnasium.