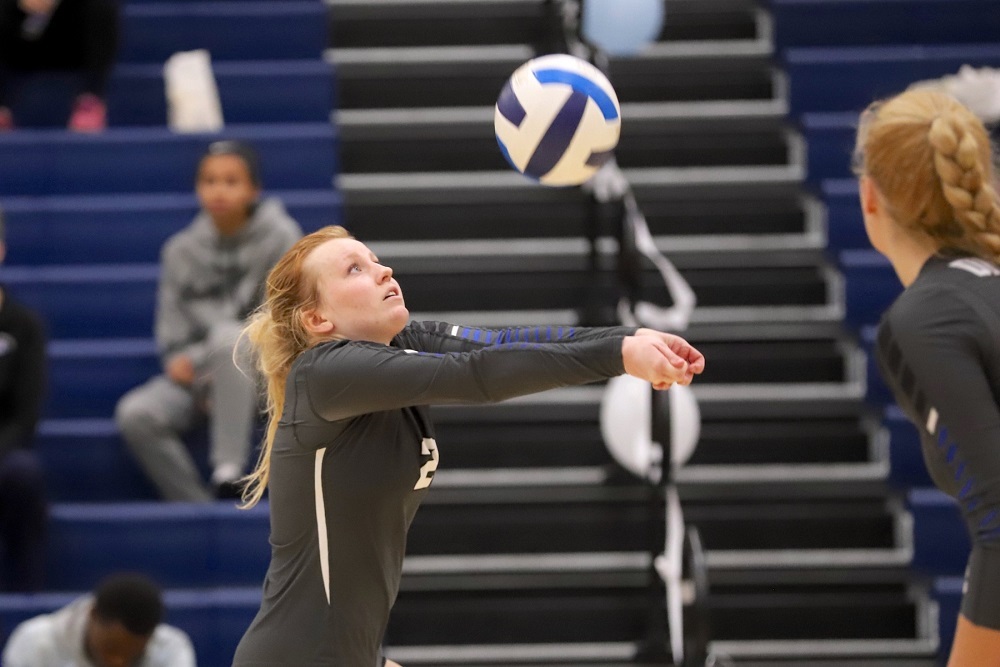 The match ended the regular season for the Bears, who closed at 23-11 overall and 6-3 in the Iowa Community College Athletic Conference (ICCAC).

The Tritons, ranked seventh in the most recent Division II poll from the National Junior College Athletic Association, won by scores of 25-23, 25-23, 25-15 to improve to 27-9 for the season and and they took the ICCAC with a 9-0 record.

The Bears hit.113 in finishing fourth in the ICCAC. They collected 32 kills from 113 attacks with 20 hitting errors.

Sophomore Gill Tupper of Nevada led DMACC in assists with 28 and also had 13 digs. Freshman Keimoney Lang of Iowa City topped the Bears in digs with 15 and freshman Daiton Martin of Essex and Paulsen had 11 and 10 digs respectively. Parker contributed four ace serves, Paulsen had three and sophomore Lacey Clark of Bettendorf had two. Dilsaver came away with five blocks, including two block assists.

DMACC will be the No. 4 seed in the NJCAA Region XI-A Volleyball tournament and will face fifth-seeded Kirkwood Community College (KCC) Oct. 27 at Fort Dodge. The winner will face either ICCC or Southeastern Community College (SECC) in the championship match Oct. 28 at Fort Dodge. The Region XI-A champion will advance to the NJCAA Division II Volleyball Championship Nov. 15 to 17 at Charleston, W.V. DMACC defeated both KCC and SECC during the regular season.