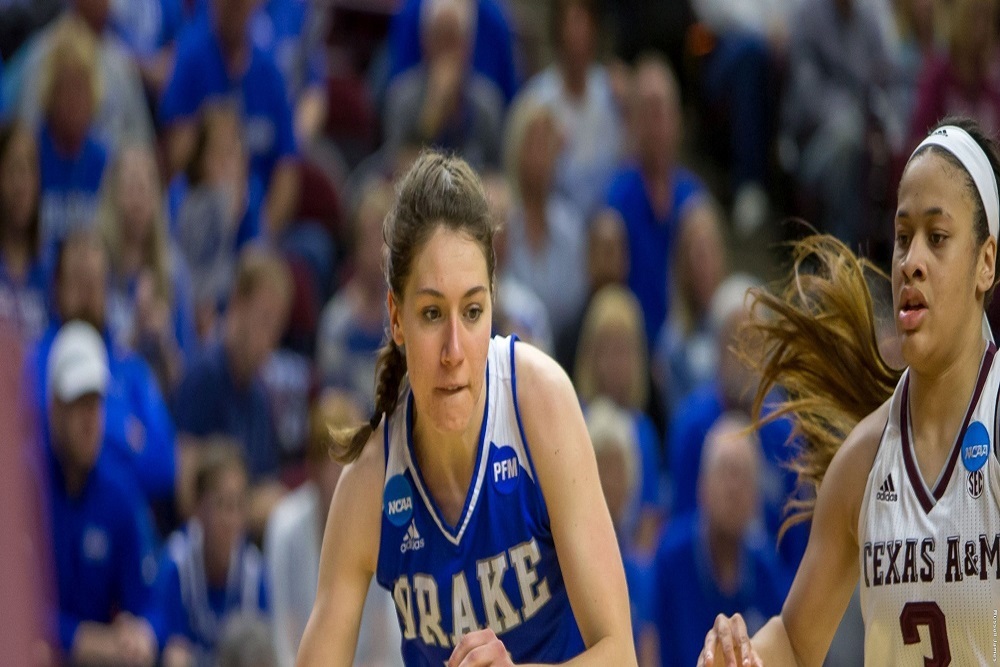 In 2017-18, Rhine played in 32 games, averaged 15.6 points per game while shooting a league-high 59.1 percent from the floor and pulling down 6.5 rebounds per game. Rhine won her second career MVC Sixth Player of the Year award, was named MVC Scholar-Athlete of the Year and she was picked to the MVC Scholar-Athlete First Team and to the All-MVC First Team. Rhine, who scored surpassed 1,000 career points last season, was named 2016 MVC Freshman and Sixth Player of the Year and earned All-MVC Honorable Mention accolades following her freshman season.

Named after the two-time All-American and 1987 National Player of the Year, the annual award in its second year recognizes the top power forwards in women's NCAA Division I college basketball.

Drake hosts Dubuque University Sunday in an exhibition contest with tipoff scheduled for 2 p.m. at the Knapp Center. The Bulldogs open the regular season Nov. 7 at Nebraska.