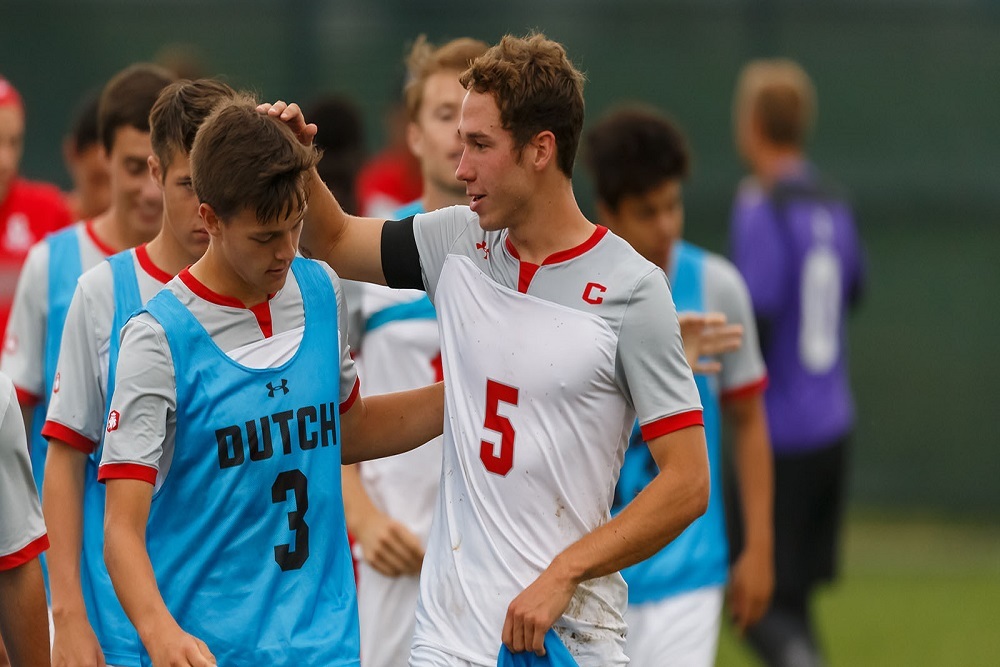 The Dutch finish the season with a 9-9 overall record.

"Overall, I'm proud of their efforts," coach Garry Laidlaw said. "Loras does a good job of taking advantage of their home field that they earn. Their unorthodox style gave us problems."

"In the end, we were unable to overcome so many key players in the same position being out," Laidlaw said. "We also lost Logan Serbousek (sophomore, defender, Cedar Rapids, Prairei HS) during the game."

The Duhawks also topped the Dutch 3-0 in a regular season game on October 23.

"One of our goals was to come out a lot faster than we did when we played them last week," Laidlaw said. "I was really happy with the first 20 minutes. I thought our guys had a good go at them.

"They had a really good long distance goal in the 37th minute and then the own goal right after that was a tough one to follow up with."

"They deserve a lot of credit," Laidlaw said. "We challenged them to lead and they did just that."