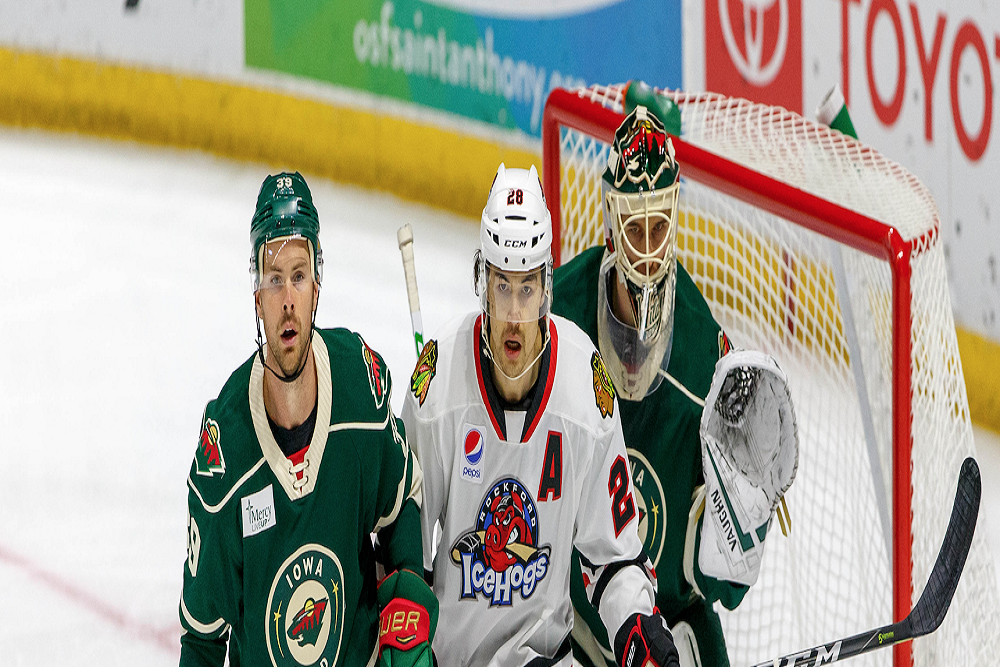 With the win, the Wild boast the second-best points percentage in the AHL’s Western Conference at.778.

For the second straight night on enemy ice, 65 minutes wasn’t enough to decide a winner. And, for the second time this weekend, forwards Sam Anas and Gerry Fitzgerald provided shootout goals to help Iowa stay perfect in games that require more than three periods of hockey.

The visiting Wild took an early 1-0 lead on a long shot from defenseman Brennan Menell, which appeared to deflect off center Mitch McLain. The even-strength goal came just 1:51 into the contest, and it allowed Iowa to claim the game’s first tally for the seventh time in nine tries this season.

That lead held up until late in the second period when Ice Hogs winger Anthony Louis one-timed a shot past a sprawled out Kahkonen for his fourth goal of the season. Forwards Henrik Samuelsson and Tyler Sikura collected the assists.

Rockford earned a power play in overtime, but the Wild penalty kill stood tall, which forced the shootout. After Kahkonen denied Victor Ejdsell with a left pad save, Anas improved to three-for-three this season and nine-for-14 in his shootout career, as he slipped a shot between the legs of Delia.

In the second round, Kahkonen stopped Louis, setting the stage for Fitzgerald. The Wild rookie center came through again, ending the game with his wrist shot from outside the crease, which beat Delia glove-side.

Both teams came up empty on the power play in the contest, and the final shots favored Iowa, 43-30.